Starting from Franco De Felice’s interpretation of the interwar ILO, the essay explores the Organization’s relations with American intellectuals, trade unions, business associations, and government. Endeavours to build diplomatic relations and to bypass US withdrawal characterised the 1920s. Albert Thomas’s ILO established a deeply ambiguous relationship with scientific management and Fordism, which he and his followers viewed as methods to secure a compromise between capital and labour, guarantee the welfare of the working class and, eventually, organise society as a whole. Ambiguities and technocratic impulses grew even greater in the face of the Depression; through the connection with the New Deal, these were not completely resolved, but merged into a novel combination of foreign policy, social policy, recovery programme, and a critical review of rationalization itself. 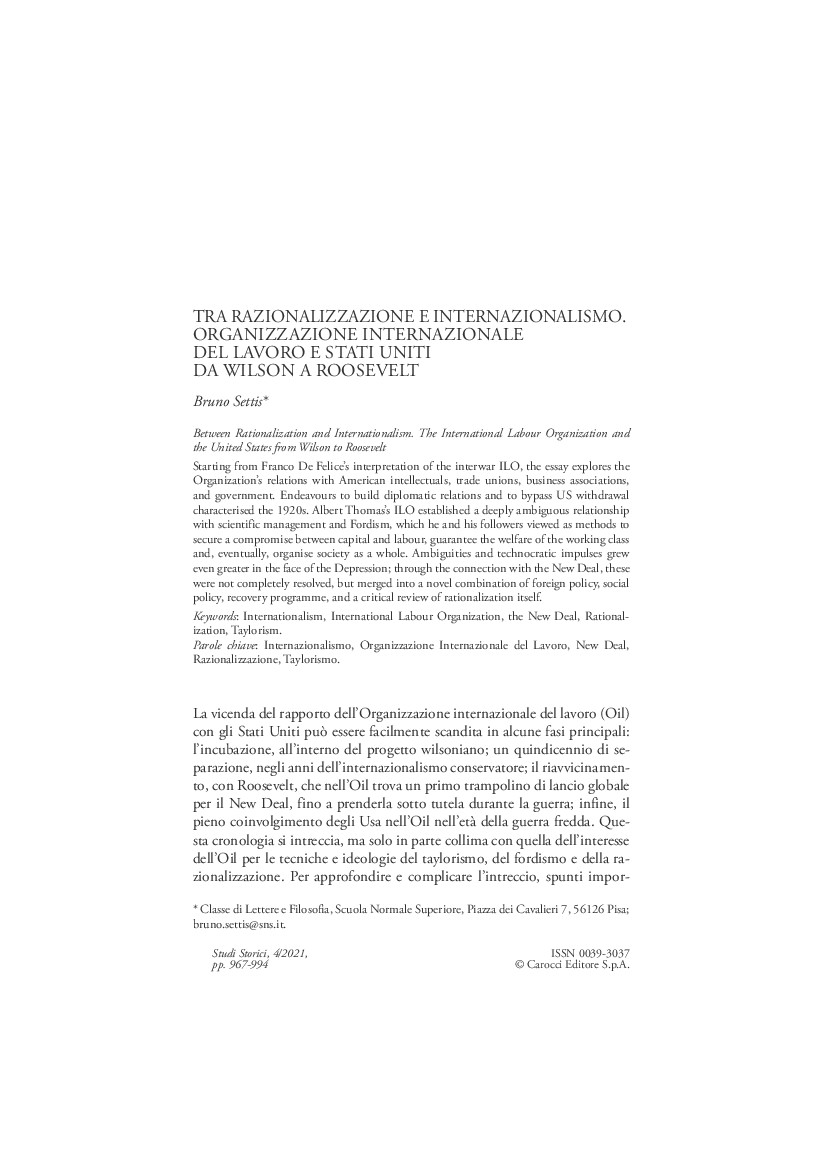