The quest for legitimacy was a major feature of the relationship between Fascist Italy and the ILO, the other one being the conflict between competing internationalisms. This article explores how this relationship was reshaped during the great crisis of the 1930s, by analysing the debates over the 40-hour workweek. As the ILO’s activity increasingly focused on this demand, which trade unions presented as means to fight unemployment, the Fascist regime responded by sponsoring an international convention. Then, as a form of work sharing was effectively introduced in Italy, its enactment was strongly intertwined with the promotion of Fascist corporatism within the ILO. It is thus argued that “labour diplomacyµ is a key element for understanding Fascist social policy in the interwar years. 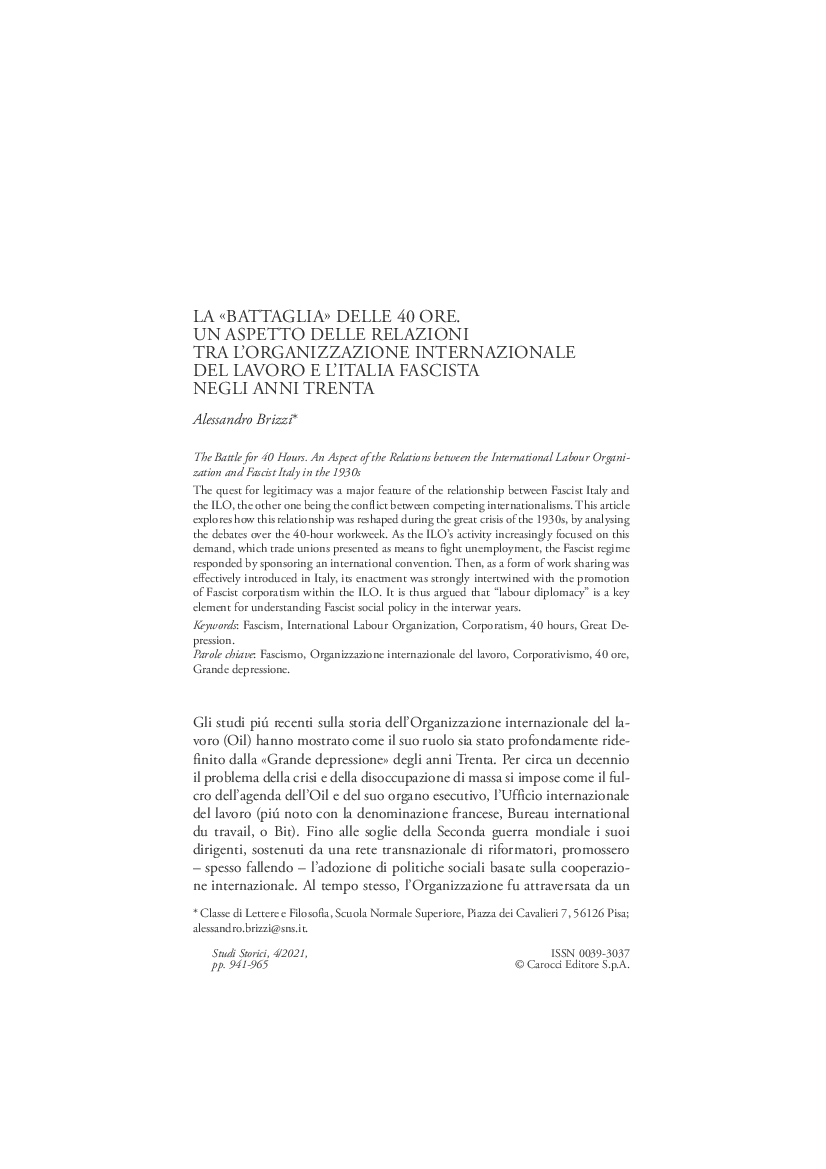