Between the mid-15th and early 17th centuries, the profession of arms was a key element in qualifying the nobility of the ruling classes all over Italy and in legitimizing the formation of the city oligarchies. In the early 16th century, the popular ideology of the Republic of Siena was still open to individuals from the lower classes, but the ruling class controlled its operation through the selection of its most loyal clients. In the 1530s, the Sienese plebeians tried to set up a process of political self-justification, exploiting the ennobling value of the military art. This led to the foundation of the "Bardotti" Academy, an institution tasked with training new soldiers and "instructing" the plebeians in cultural values, with a view to ennobling them to make them equal to the citizens of Siena and promote their social ascent. 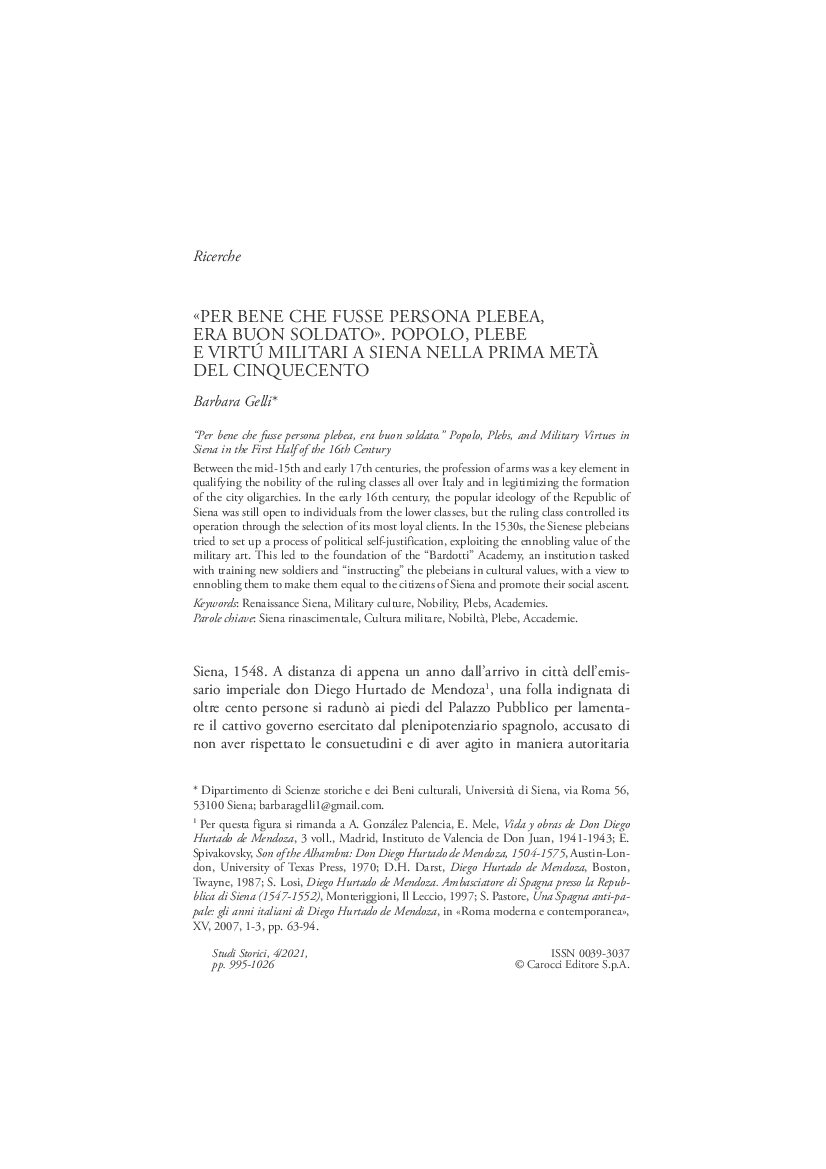