This is a general revalutation of Caroselli, an independent artist, significantly free from influences of patrons and mainstream schools of painting. Almost all art historians have considered him a forger, and this research study aims at undermining that assumption in the light of biographical sources and historical context. Caroselli is here cleared of that wrongful accusation; a conclusion which was reached by paying special attention, to the materials that he employed for his work. Firstly, he painted more panels than canvases: an extremely rare event throughout all that century; moreover, significant evidence comes from the different types of wood he used, only very few of which are in poplar, the essence most commonly employed in Italian Renaissance painting of the early XVI century, which was the period presumed to have been forged by Caroselli. 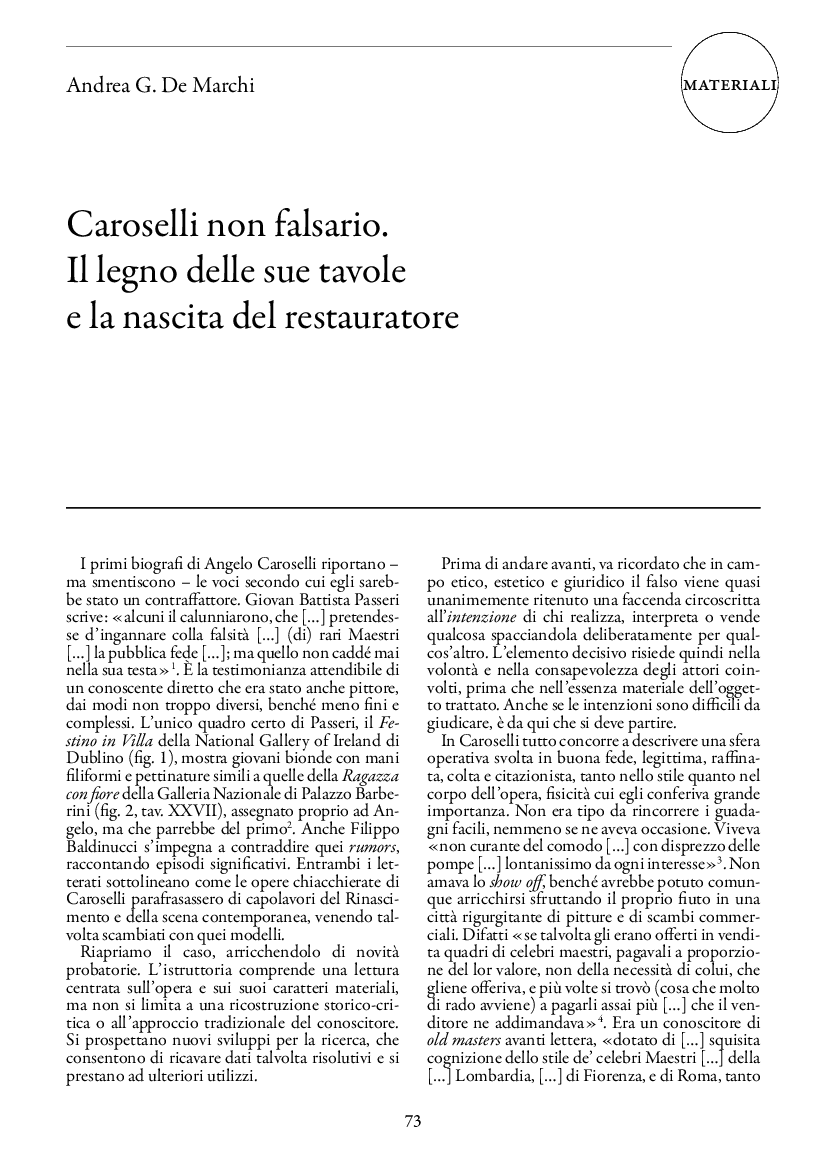