The classicism shown by Ludovico Quaroni in the projects realized for E42 in 1937, with Francesco Fariello and Saverio Muratori, surprised and disappointed some of their main supporters such as Carlo Belli. The criticism, starting from Manfredo Tafuri in 1964, has often read those projects as an attempt to respond to the request of a monumental architecture made by the fascism regime, through an escape in the Scandinavian neoclassicism and mostly in the works of Erik G. Asplund. The unpublished sketches, kept by Quaroni's personal fonds, reveal that their design references came from a largest classic background, learnt in the Scuola Superiore di Architettura of Rome, that they attended from 1928 to 1934. The method taught in the school, especially in the courses run by Vincenzo Fasolo, Enrico Del Debbio, Gustavo Giovannonni, extracted planning models from historic architecture, useful to shape the students' design abilities. Thus, the built architecture, mainly the Roman and the Renaissance ones, became a complex living schoolbook, that students had to draw and re-elaborate, in order to absorb its formal and constructive rules. 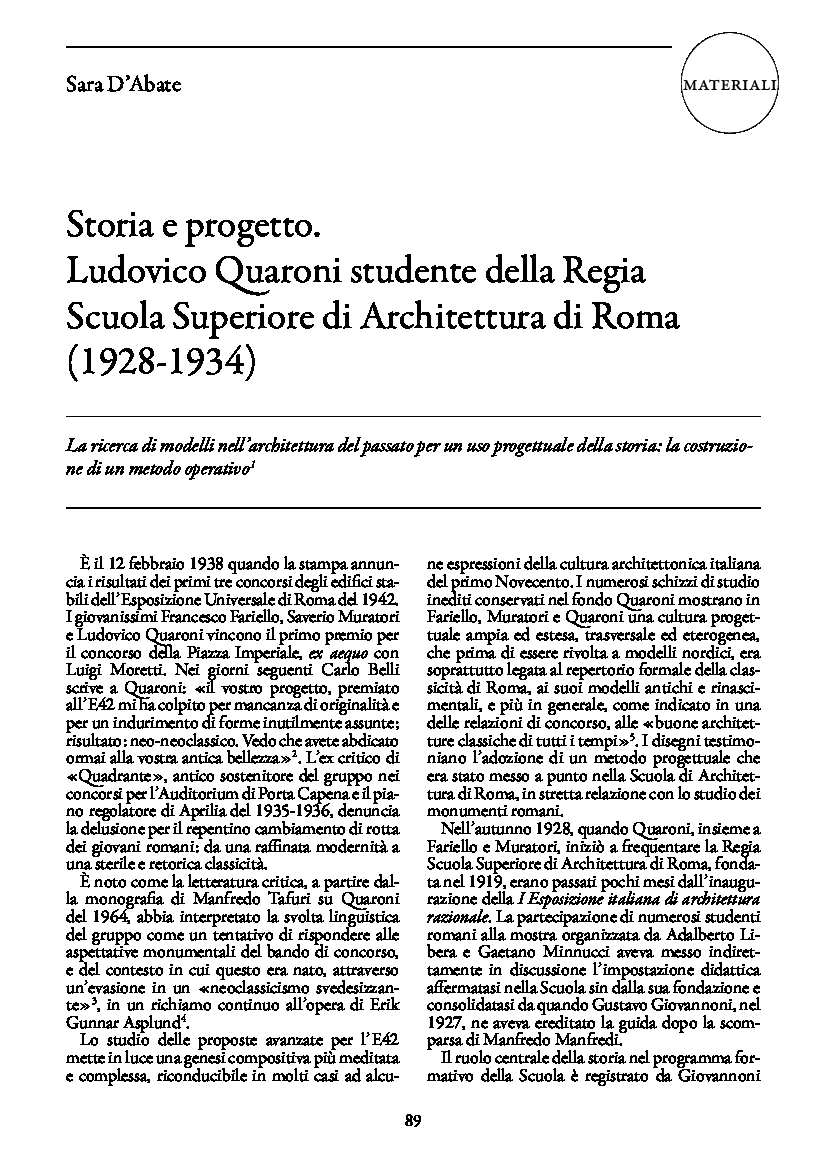