Nowadays, the Alhambra represent a hugely attractive architectural and environmental complex, due to the variety and abundance of images given. Over the centuries, Alhambra preserved its own identity, in the first instance thanks to the systematic and strenuous conservative activity of the Catholic Kings, and then by virtue of a careful restoration project realised by intellectuals and architects that marked the character of this monumental landscape. Thanks to studies developed between the end of the XVIII and the beginning of the XIX century, along with the restoration projects of the XIX and XX century, the interest towards Alhambra raised discussions, even debates, that had an impact on the conservation theory on Spanish monuments. Particularly, the restoration projects by Torres Blabás in the 1920s made an innovative contribution to protection and conservation of the heritage, comparable to European theories. 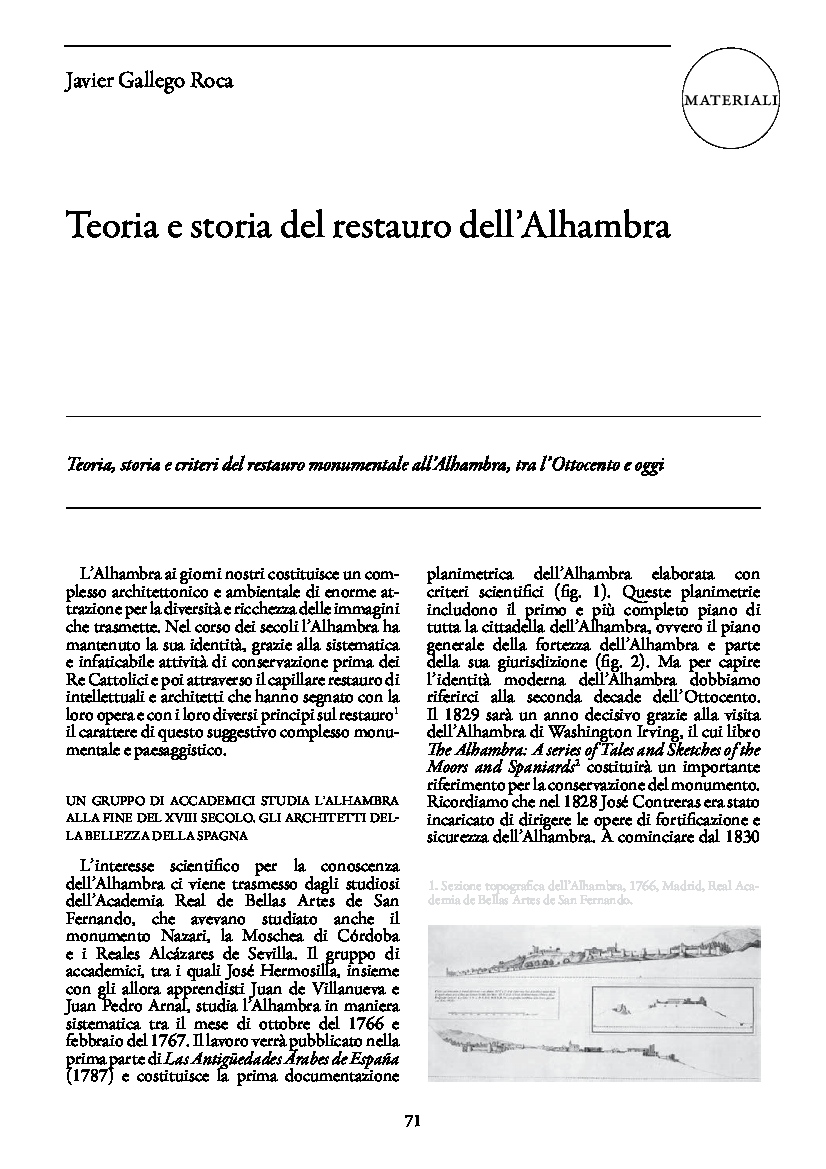