The theme describes the development of the principal cities Maltese archipelago and analyzes the complex phenomenon of cultural-architectural contamination, which it is generated by the cohesion-fusion, it is not always advantageous, with the civilizations that sailed the waters of the Mediterranean over time. Mdina and Victoria, both of which consist of a citadel and a Rabato, testify to the original relationship that has been established with the Phoenicians, Carthaginians and Romans, subsequently hybridized with the Arab, which was superimposed by to the component "Nordic" Norman- Swabian, than substitute for (in the sixteenth century) with the Knights of St. John that will build Valletta, adhering to speculations about the ideal city that were accrued in those historical phase. 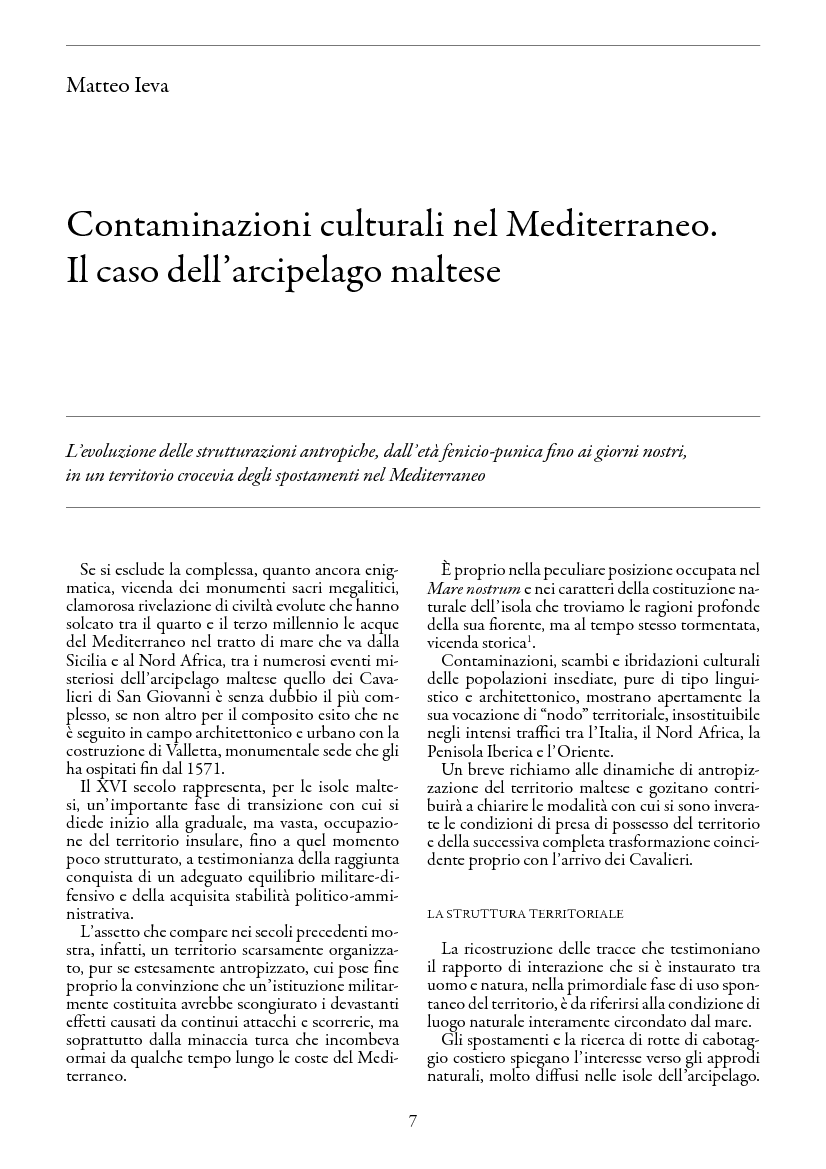