Many contemporary writers have made numerous editorial attempts at re-writing, re-mediating, and re-creating Jane Austen's novels. However, along with the many sequels, prequels, mash-ups, film adaptations, blogs, and games created about her world and characters, we have also arrived at a new representation of Austen as a subversive novelist in a modern society. This article discusses how the contemporary writer Michael Thomas Ford represents Jane Austen's subversiveness through the pages of his novel, "Jane Bites Back" (2010). Here, the English Regency writer is turned into a modern American girl: an aspiring novelist and owner of a bookshop in a small village in the state of New York, and a vampire. In Ford's novel, the interactive dynamic between writer and readers is re-mediated, culminating in a new relationship between reader, modern writer and the cult of celebrity, creating new practices which situate both character and writer in a modern and complex society haunted by the desire for fulfillment both as professional writer and as vampire. 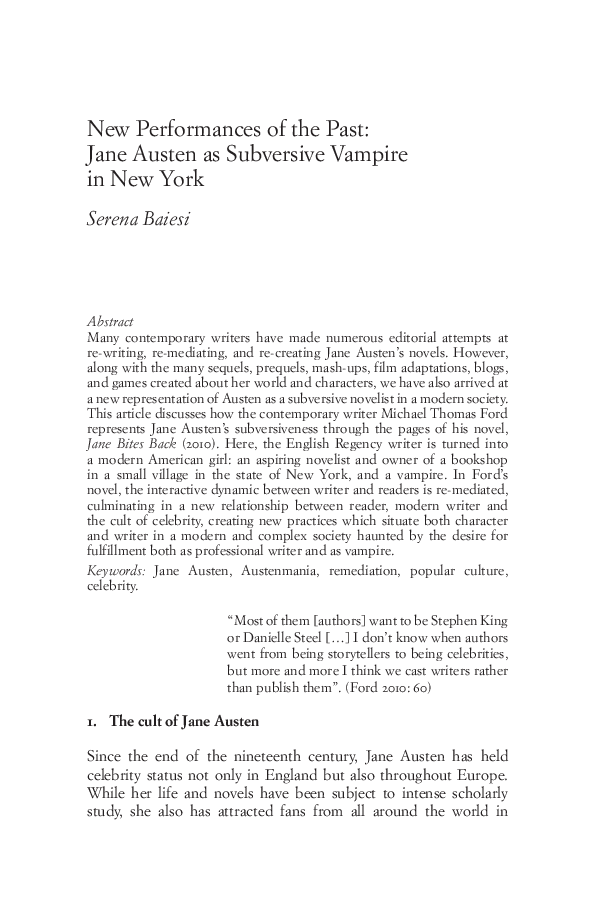