Jane Austen's earliest surviving fiction is collected in a manuscript volume she titled Volume the First. While later stories such as "Volume the Second's" "Love and Freindship", "Volume the Third's" "Catharine", and the recently filmed "Lady Susan" have received comparatively greater critical attention, the stories included in "Volume the First" clearly merit equal consideration. Here we find Austen at her most subversive, her most experimental, and her most outrageous. At their least impressive, these stories offer the careful reader a chance to witness the development of one of English literature's greatest novelists; at their best, they stand on their own as gorgeous burlesques of eighteenth-century fiction, shimmering with wit and artistic insight. This article considers a small selection of Austen's earliest surviving fiction in order to demonstrate its centrality to understanding her lifelong subversive project. 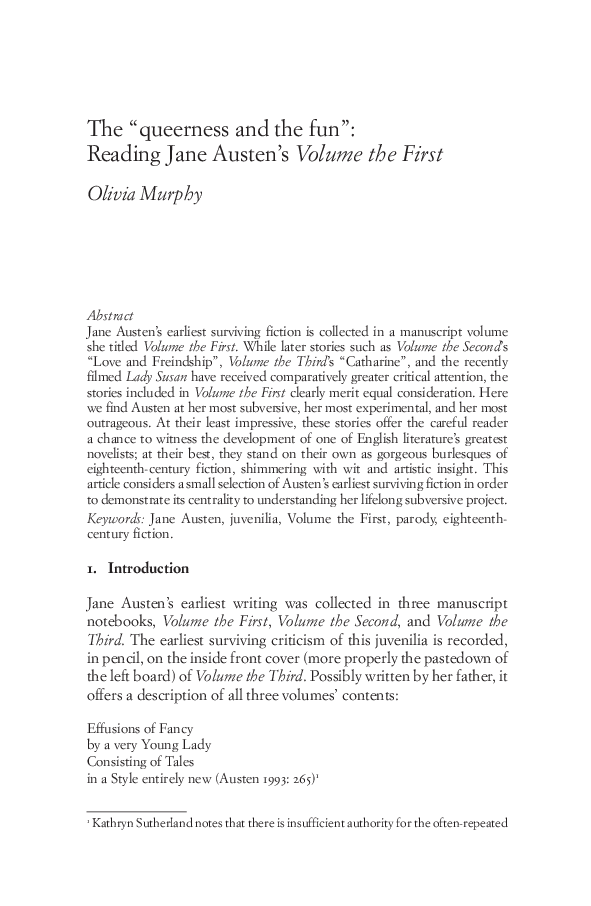