This paper discusses Derek Walcott's "The Joker of Seville" (1979), an adaptation of Tirso de Molina's "El burlador de Sevilla" (1630), commissioned by the Royal Shakespeare Company and in particular by Roland Bryden, literary advisor to the Company. Reading the text and the process of writing this new version of The Joker in the light of the unpublished correspondence between Walcott and Bryden, I analyse the dialogues between the two and between Walcott and Tirso to reveal what these meant for Walcott's creation of this play and for his own theatre. The category of closeness to the original will also be analysed under a different perspective; textual and linguistic closeness will in fact be paralleled by a physical closeness, as an alternative practice of feeding the author and the director 'original material' to work on, rather than simply original text. Through Walcott's own words, we will discover what 'the freedom of the thief' and the dialogic tension generating the play have brought to his rewriting of a classic with the original author, rather than back to him, a process which brings the text and the performance of this work to embody all the proximities and the constant dialogue between Tirso's Spain and Walcott's Trinidad. 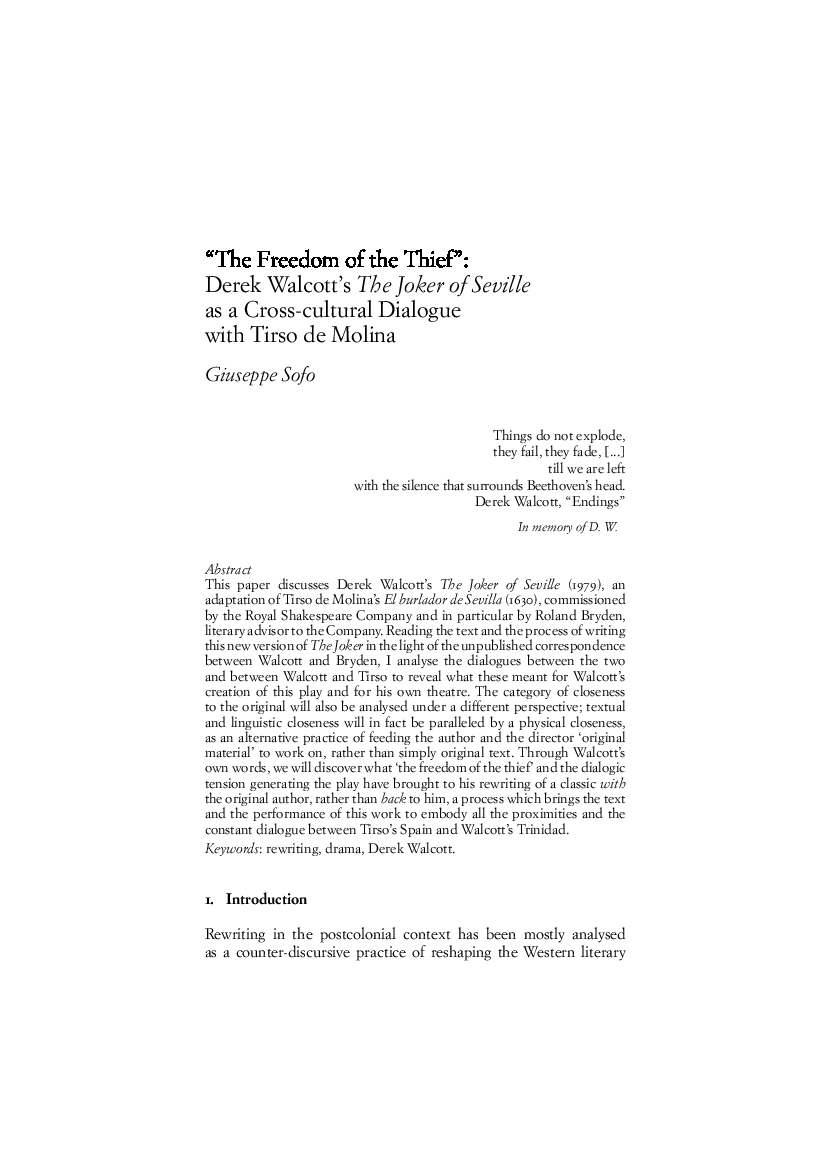