Discourse promoting language standardisation attempts to establish an ideology behind the selection and acceptance of a variety by creating a pedigree for the standard, and at the same time, obscuring variation and condemning other varieties, often through the construction of categories such as purity, antiquity and beauty. The paper analyses some crucial aspects of these constructions in the discourse of grammarians, intellectuals, and literary authors, who used several text-types and rhetorical schemata to convey concepts related to language ideology, language policy and language attitudes. In Britain, the first opportunity to develop these arguments corresponds to the time of early colonisation, but the full bloom of such rhetorical strategies came later. With a stronger monarchy, new explorations overseas, the gradual annexation of the Celtic areas and an increased internal stratification of society, 17th- and 18th-century Britain was an ideal terrain for the development of these ideologies. 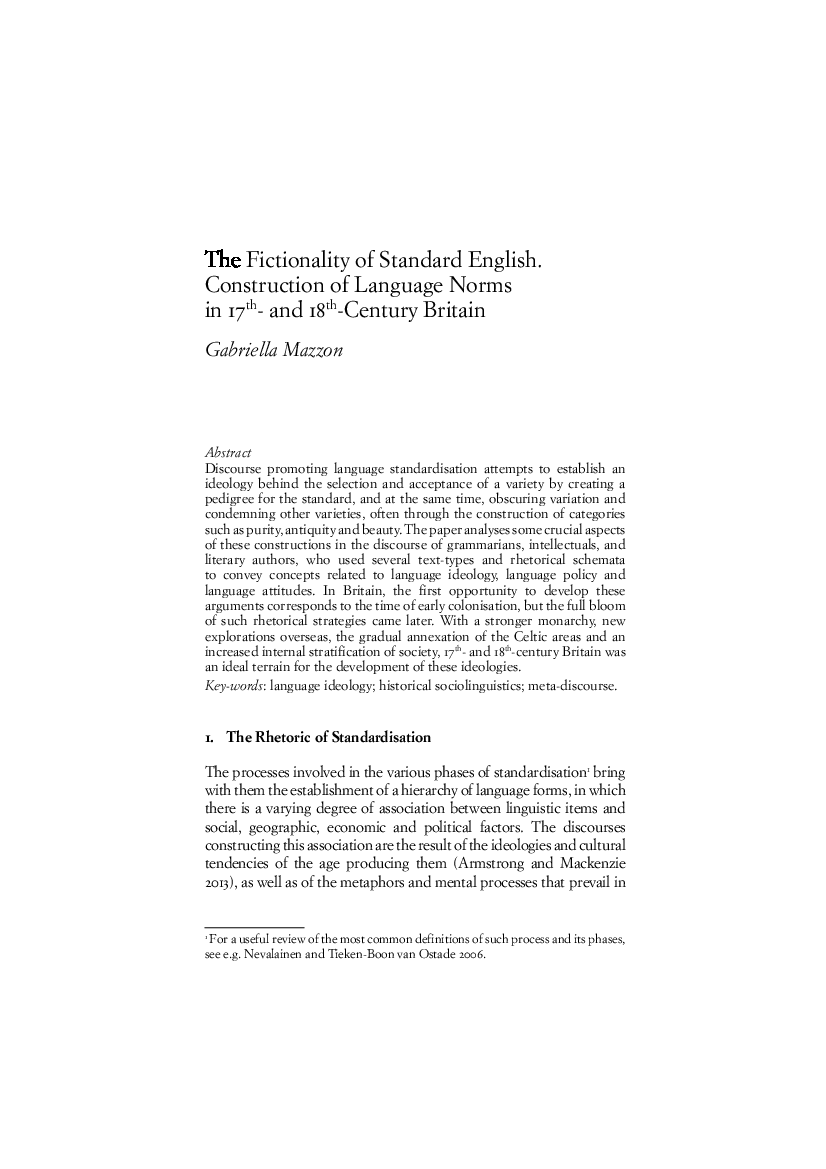