This paper examines approaches to pronunciation, and its prescriptive reform by means of lexicography via the 18th-century nexus of Samuel Johnson, his biographer James Boswell, and the elocutionist Thomas Sheridan (who attempted to teach Boswell to modulate his accent towards metropolitan norms). While Johnson's engagement with fixing pronunciation forms a staple part of the remodelled lexicography he described in his 'Scheme' of 1746, and his Plan of 1747, the paper explores both Johnson's problematisation of the pragmatics of prescriptivism, and his careful detailing of variation and change within the entries he composed. As Johnson argues, prescriptivism and the formulation of appropriate edicts for reform are, of necessity, merely one half of the story. The other consists of those who must try to implement or adopt what is prescribed. Johnson's critical reading of prescriptive practice, and his scepticism of the innovations Boswell advocated and Sheridan endeavoured to introduce, is made the basis of a critical examination of the pronouncing dictionary as institution, and the project of elocutionary reform per se. 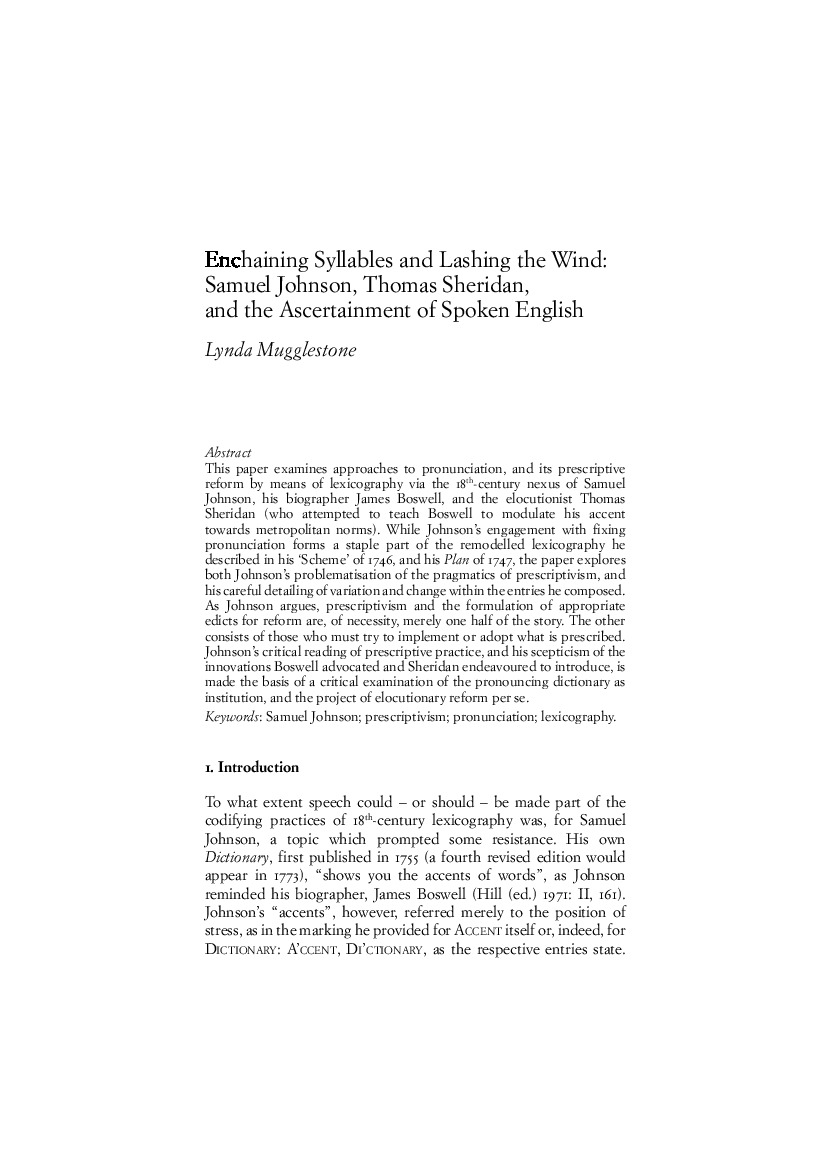