R.M. Ballantyne's importance in the formation of a muscular boy-culture is generally acknowledged, but his full ideal of manliness is often obscured by the mere physical prowess which has come to be seen as synonymous with the term Muscular Christianity. However, just as Charles Kingsley - who in the 1850s inspired this model of masculinity - held that knowledge of natural history stood central in a man's education, Ballantyne's adventure stories work on perfecting such knowledge too. The fact that Ballantyne's wider agenda to educate British boys was not merely based on male physical action is therefore helpful in explaining the seemingly odd, and often tedious, presence of elements of natural history in "The Coral Island". This article looks at the way Ballantyne used (or even copied) descriptions of nature by other authors, and how an uninhabited island, an extreme place in the South Pacific, far from British civilization, assumes an ideological role in his trying to depict a full Christian ideal of masculinity in an England in miniature. 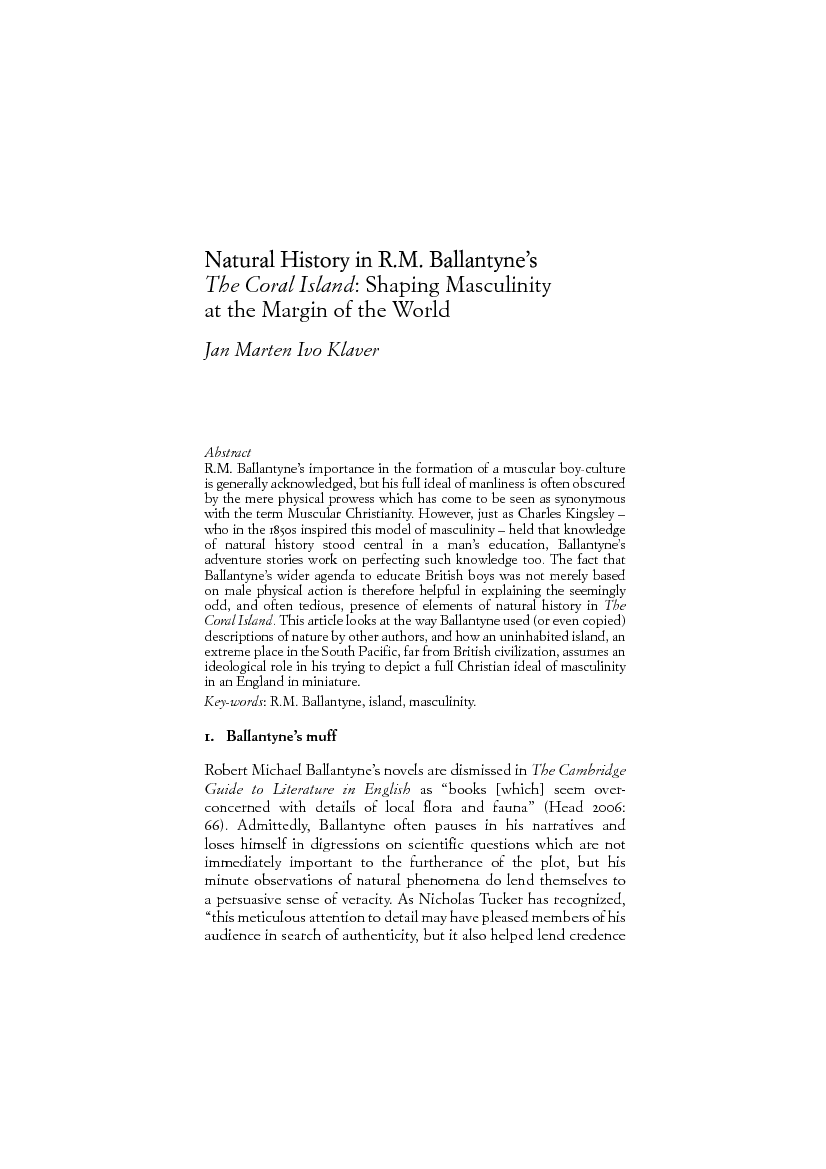