This article addresses the way in which letters are part of the legend of Arctic exploration, along with maps, journals and published accounts. There are many kinds of letters associated with expeditions, from official letters, an intrinsic part of the paraphernalia of preparation, implementation and circulation, to personal letters, that may voice more contradictory messages. Beginning with Scoresby's letter to the Admiralty, the article engages with the proliferation of messages during land expeditions, and the buried notes beckoning to explorers at sea, before switching to the Gothic fragment found in a cairn - the last news of Franklin's lost expedition. Thus letters frame the fiction of heroic exploration, leading back to the narrative threshold of Mary Shelley's "Frankenstein", exposing the lure and gender politics of Arctic ventures. 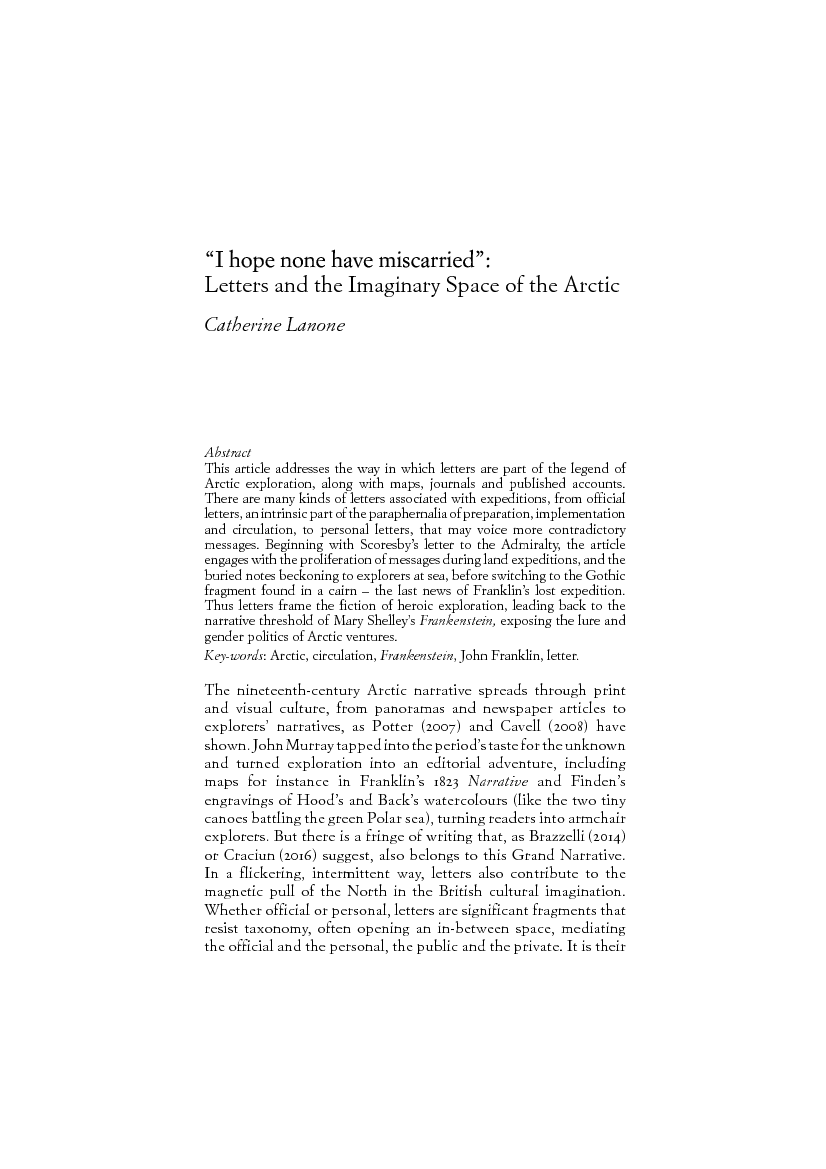