This article proposes a remapping of modernism from the vantage point of 'peripheral' modernities. Caribbean writers and artists who migrated to Britain after 1948 brought the politics and poetics of a specific geography into (late) British modernism establishing a dialectical relationship with it. While contemporary reviews tended to pigeonhole them as followers of European movements, thus emphasising their belatedness, the literary production of the so-called exiles can be read differently. The notion of creolisation, which stresses the creative potential of the Caribbean region's syncretism, mixing European and non-European expressive traditions, allows a more useful perspective on cultural contact. Through an engagement with the Bildungsroman, Lamming's first novel appropriates this genre counter-discursively to accommodate ideas of collective identity functional to his anti-colonial stance. 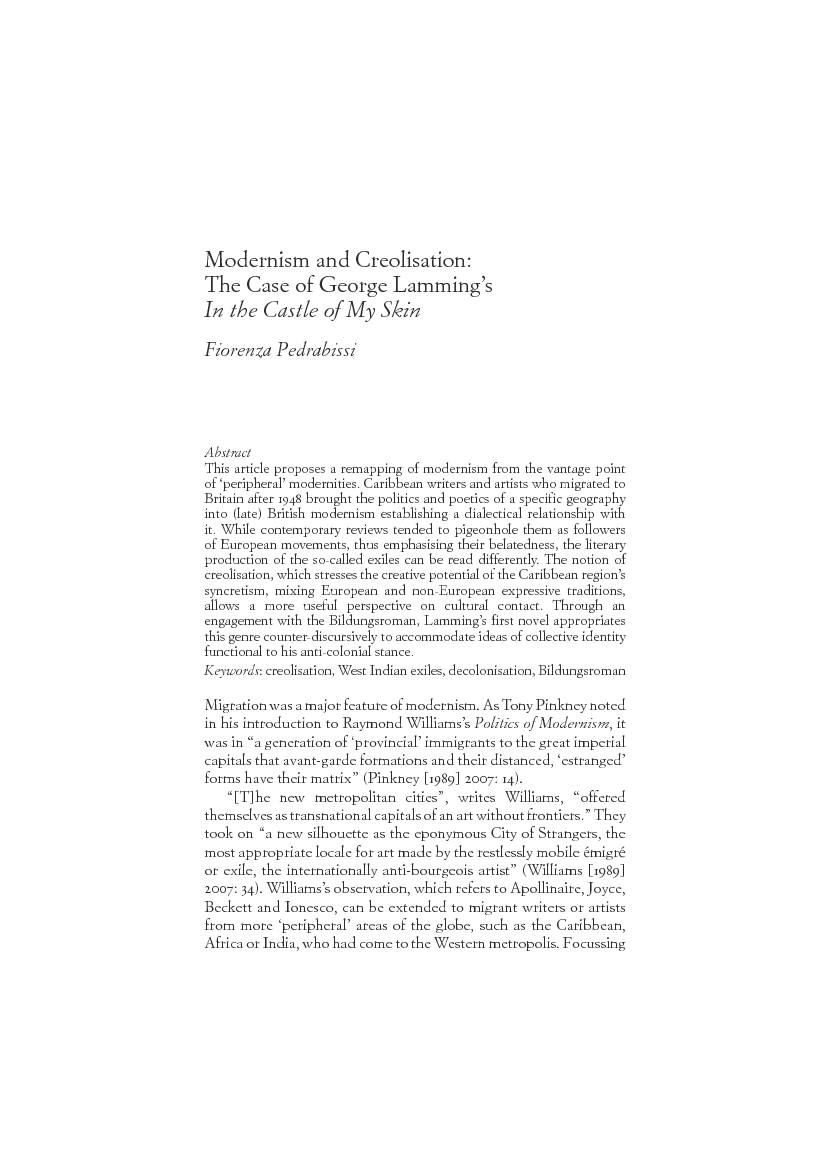