As Ian Baucom (2005) has pointed out, the 1781 massacre on the slave ship Zong and its representations are central not only to the "political and cultural archives of the black Atlantic, but to the history of modern capital, ethics, and time consciousness". Contesting the notion that the legal documents produced in the Zong case are the only available testimony of the lives of the slaves thrown overboard, M. NourbeSe Philip's recent work, Zong! (2008a), invites a dismantling of that archive, its deconstruction and explosion in order to find different ways of telling what cannot be expressed. In particular, the article will show how, by reconfiguring the role of gaps and silences, Philip engages history rather than merely representing it, thus urging for a more radically unsettling language to inhabit modernity. 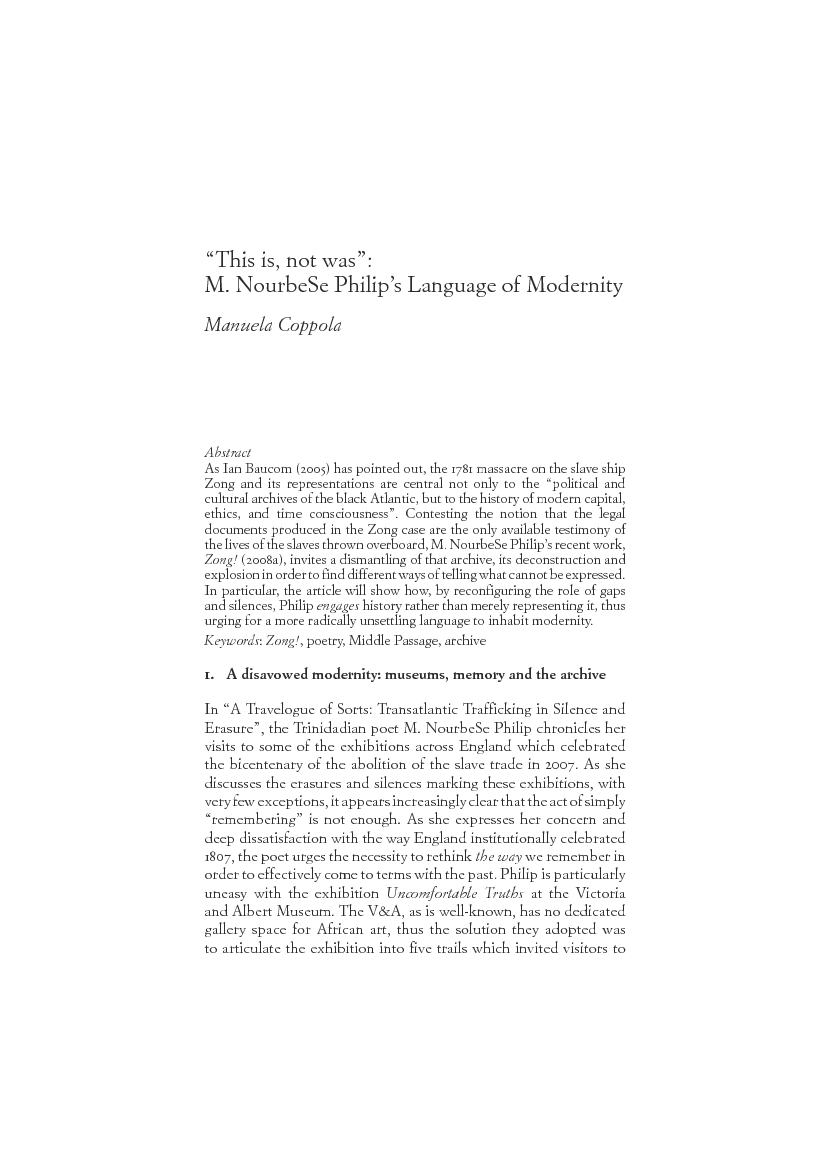