When Danny Boyle directed Nick Dear's Frankenstein (􀂠􀂤􀁽􀁽), the stage adaptation of Mary Shelley's novel performed at the National Theatre in the spring of 􀂠􀂤􀁽􀁽, he decided to use a dramatic device unusual and provocative: he cast Benedict Cumberbatch and Jonny Lee Miller in both the roles of Victor and the Creature in order for each actor to inhabit both the creator and the Creature, the aggressor as well as the victim. This essay examines how Boyle's production of Dear's adaptation invigorates Shelley's study of the consequences of monstrous acts. It investigates how Dear changes Shelley's novel recasting the well-known story by telling it completely through the eyes of the Creature: the play opens with the creation scene, it rewrites De Lacey's role and it creates an intelligent and daring Elizabeth. Boyle's two-part production exceeded Dear's adaptation. This essay also discusses Boyle's innovative stage design, which includes an incubator, and images from William Blake, and argues that Boyle's production allows the Doppelgänger motif to collapse. 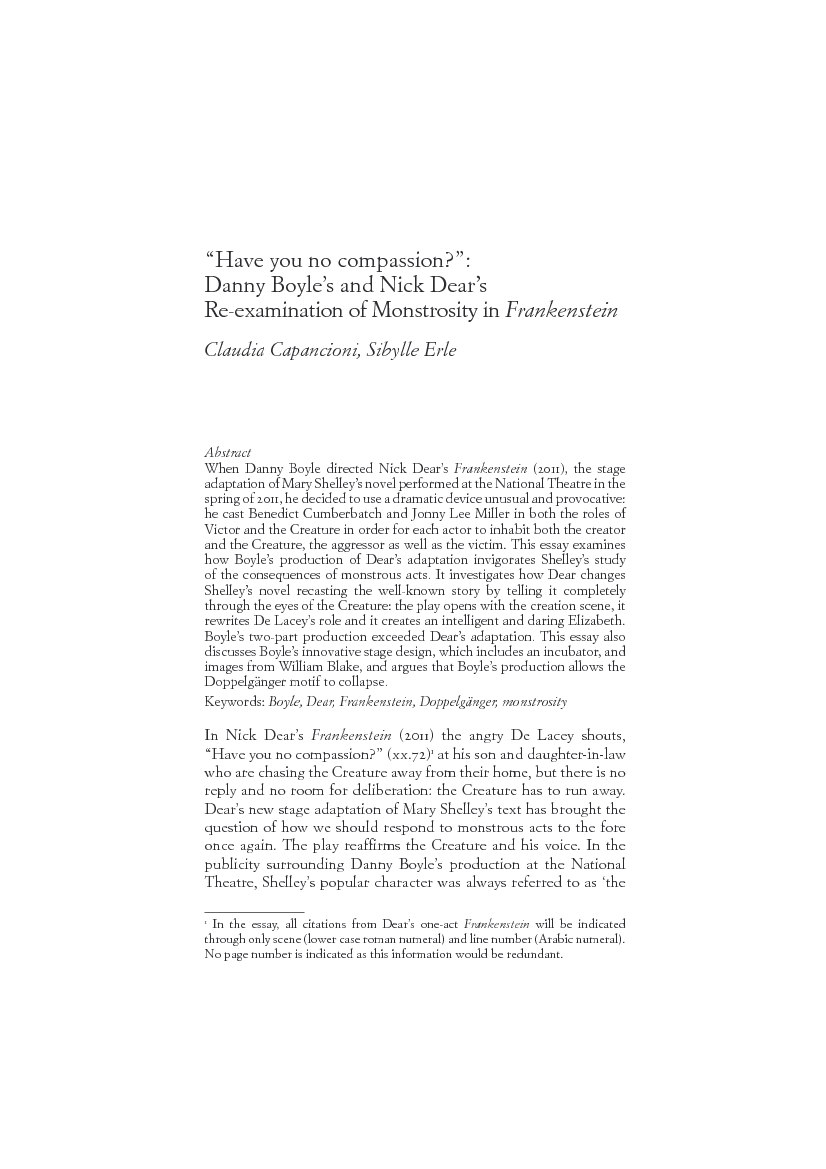