In its figuration of white bodies as horrifically deficient, South African Gothic deconstructs apartheid's white supremacist assumption of comprehensive power and legitimate authority. Apartheid's toxic fixation on 'difference' and its disavowal of solidarity across communities produce a repressed kinship between whites and non-whites, which Nadime Gordimer, Alex La Guma and Marlene Van Niekerk render in tropes of topographical separation and the discursive fetishisation of race. In works that represent the anti-apartheid struggle as a foreordained "twice-told tale", these authors exhibit the many ways in which apparently discrete nationalist narratives interconnect, shaping both those in power and also those subjected by them. In disclosing white South African histories as spectral, these authors extend the frontiers of Gothic structure and its conventional tropes. Theirs is a Gothic as expansive as apartheid itself: revealing the widening of terror as it moved from law, to land, to body. 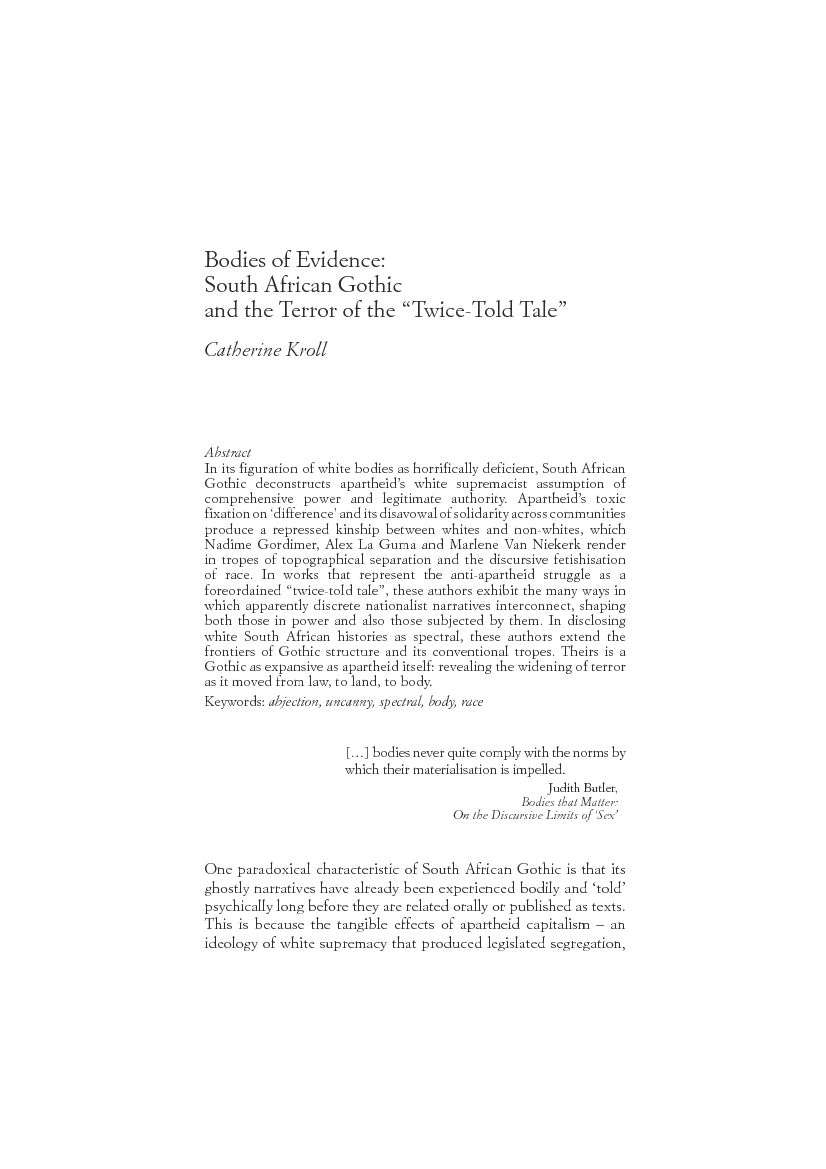