Margaret Atwood’s novel The Year of the Flood (2009), the second volume in her Maddaddam trilogy, in spite of its extreme originality, is reminiscent of a novel by Doris Lessing: Memoirs of a Survivor (1974). Such a connection comes as no surprise, for Doris Lessing, similarly to Margaret Atwood, is one of the first women writers of science fiction in the second half of the twentieth century. Memoirs of a Survivor is not exactly a Sci-Fi novel, but rather a dystopia, yet it is a threshold for Doris Lessing that allows her to move on to the extra-terrestrial series of Canopus in Argo. It is exactly this labeling of genres that renders it difficult to attribute environmental concerns to novels that have attracted popular and critical attention merely as post-catastrophe, or better, apocalyptic works of fiction as Amitav Ghosh argues in The Great Derangement (Ghosh 2016). One aspect the two writers and their respective novels have in common is the exploration of the garden as democratic space, or, more precisely, a space where democracy is put to the test (Harrison 2008). This also allows for a comparison with Richard Powers’ The Overstory (2018), where the entire planet with its forests might be considered as a garden to be taken care of. Moreover, the environmental activist movements are described as democratic organizations. In this respect all the novels explore social justice, communitarian ideals, – in fact utopias – giving voice to environmental projections of engagement and cura. With Arundhati Roy (1999), it is possible to claim that whenever environmental issues are at stake, it is after all a matter of democracy and of the questioning of democratic principles. The aim of this paper is to disentangle the key concepts of gardening and democracy as possible environmental utopias. 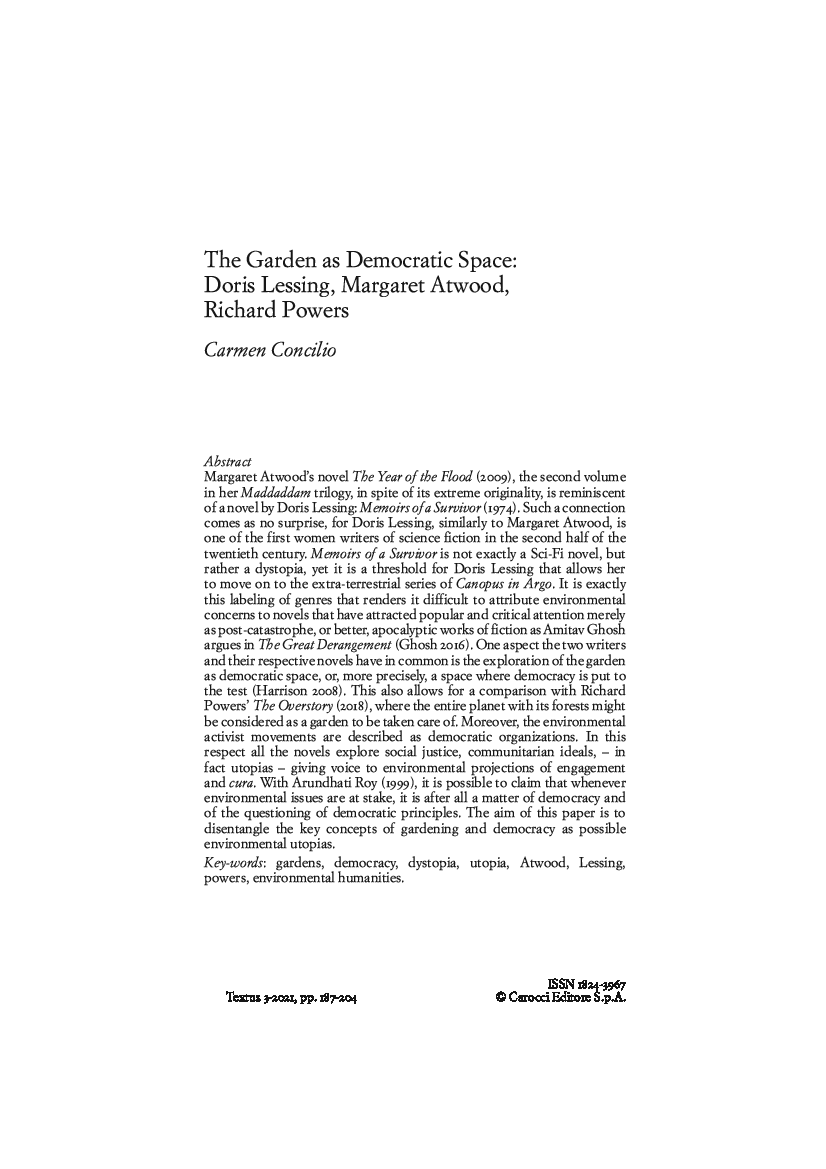