When thinking of animals in children’s literature, the pictures that usually come to mind are those of anthropomorphized beasts “merely embodying human tropesµ (Jaques 2015: 45), talking creatures that mirror human behaviour and oftentimes interact with men. However, in Watership Down (1972), thanks to the accurate study of rabbits’ social organization as described in Lockley’s The Private Life of The Rabbit (1964), Adams manages to offer the reader a full “immersion in lapine natural historyµ (Buell 2014: 411). In this anthropocenic world, the “contact zonesµ (Haraway 2008:4) between men and animals are configured as conflict regions where the rabbits fight their daily battle against their predators. Yet, while all other non-human animals “do what they have to doµ driven by fundamental needs, human beings are the only creatures whose attitude is both gratuitous and catastrophic. The article focuses on the way in which Adams, by allowing the reader to adopt a defamiliarized point of view on human behaviour “gives agency to the earthµ (Battista 2011: 159). Moreover, the study also analyses the relevance and consequence of the fact that in Watership Down animals are capable of fostering fruitful interspecies relationships and even forming alliances with other creatures. Hence, “humanityµ becomes a derogative term effectively replaced by “animalityµ as the byword for a new, eco-centric non-exploitative attitude towards other fellow creatures. 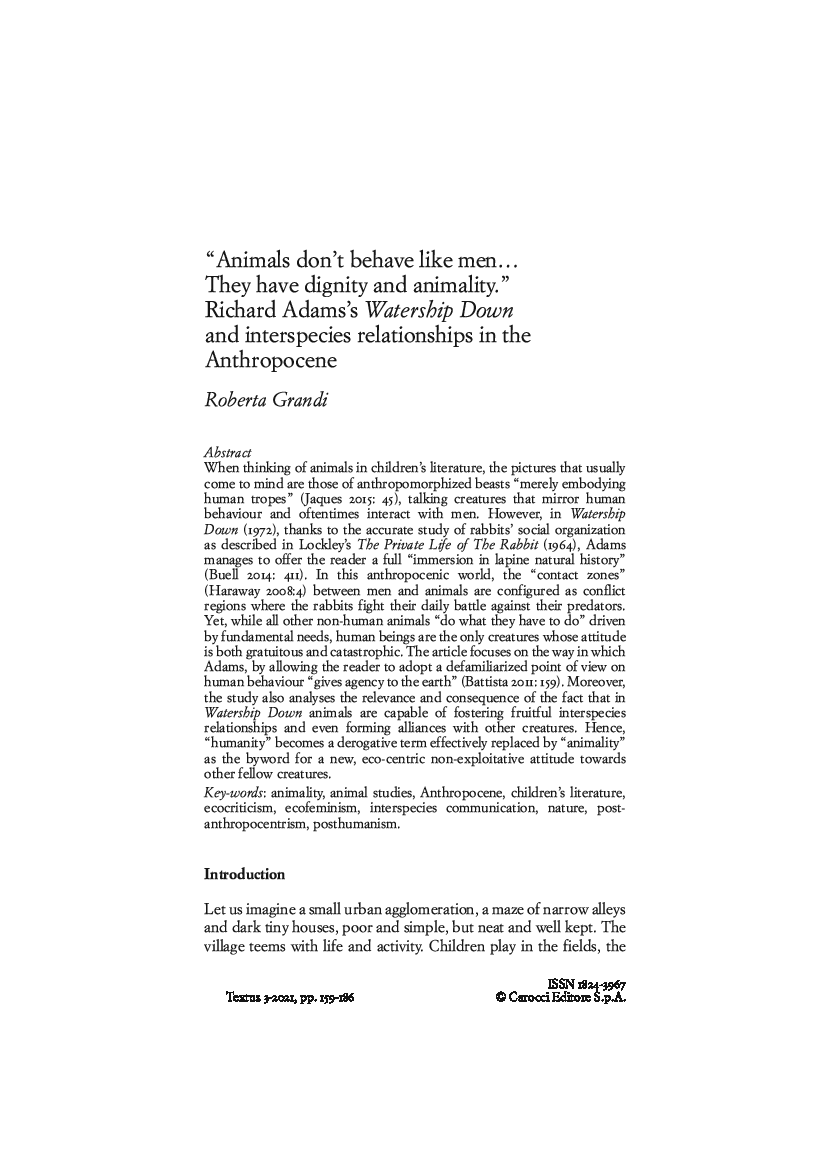