The focus of this paper is Caryl Churchill’s political engagement, especially her first experiments with the ecological implications of capitalism. It examines Churchill’s ecological dramaturgy and imagination before the ‘anthropocentric turn’ of the new millennium. My aim is to explore how she represents environmental issues in three plays written between the 1970s and the 1990s, works that belong to three different genres: Not Not Not Not Not Enough Oxygen (1971), a dystopia set in an apocalyptic 2010; Lives of Great Poisoners (1991), which is modelled on Greek tragedy and bourgeois drama, but, significantly, uses ‘poison’ as an allegory of pollution; and, finally, The Skriker (1994), which relies on some features of the fairy tale to investigate the catastrophic long-term effects of natural disruption. Churchill’s plays do not discuss scientific notions or map disasters taking place around the world; more importantly, they seek to offer powerful and disturbing dramatic experiences that subvert our established thoughts and encourage us to imagine a world based on entirely different values. Moreover, they advocate for dialogue between generations and call on everyone to take responsibility to ensure a decent future for the earth and its inhabitants. 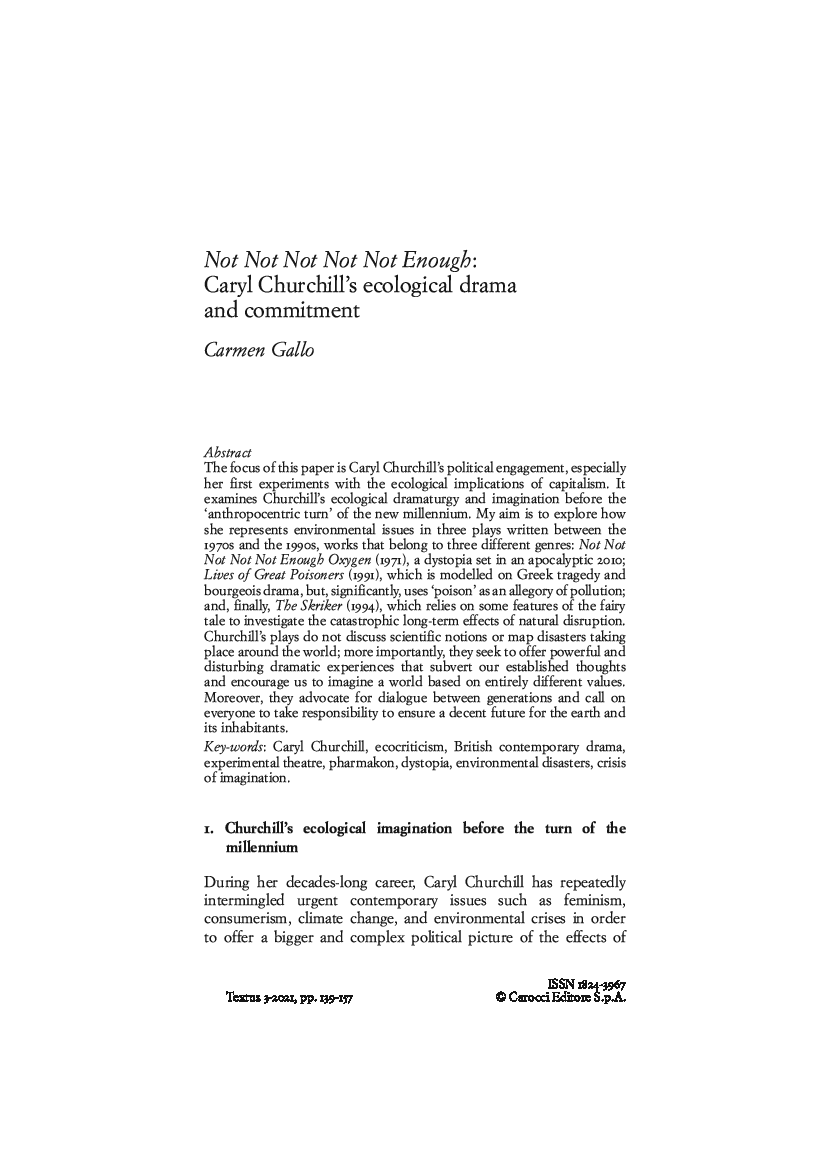