This paper examines how spoken discourse is represented and then dubbed into Italian in the four sound cinema adaptations of Little Women (Cukor 1933, LeRoy 1949, Armstrong 1994, Gerwig 2019). One of the peculiarities of Little Women, both as a novel and film, is the central narrative role played by conversations and conversational styles. The storyline, in fact, mainly focuses on the daily life of the characters and their social chit-chat with their relatives and friends. Conversation and the selection of different features of spoken discourse are the chief ingredients employed to structure the plot and to build character identity. By taking a comparative perspective across original and dubbed versions spanning several decades during which conversational styles and audiences have radically changed, we aim to shed light on the features of spoken discourse that have been considered crucial in representing believable and effective interactions in original and dubbed films at different moments in time. 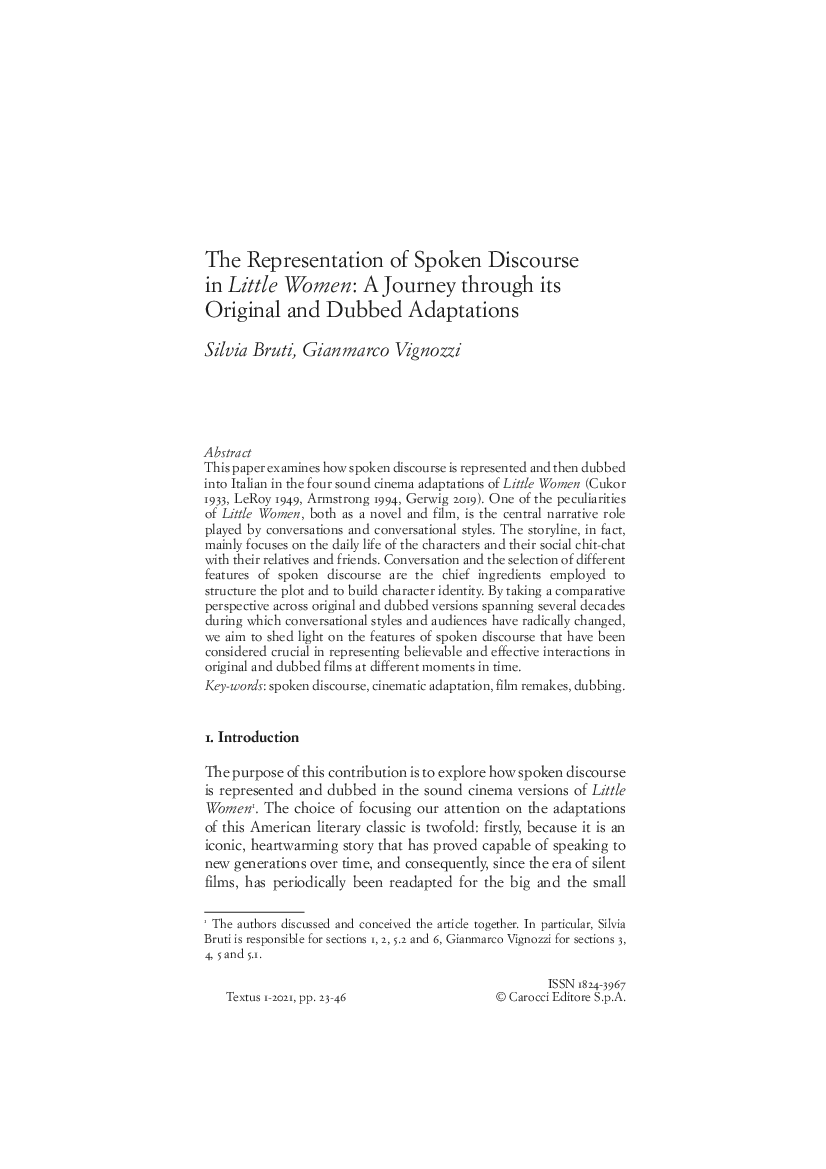