This study draws inspiration from the curiosity aroused by two triplets written in a very unusual language in the novel "Sorriso dell'ignoto marinaio" by Vincenzo Consolo. It goes beyond the reuse made by Consolo, as it aims at tracing the folkloric source to a work written by the Sicilian folklorist Salvatore Salomone Marino (1907), and, in addition to this, to a 17th-century Sicilian poem by the Palermitan Giovan Battista Basili. On the basis of this text - a little bit longer than that one used by Consolo - as well as the information provided by Solomone Marino, it is possible to propose the translation (one translation) of this complex text. Furthermore, the recent studies by the musicologist Gianfranco Salvatore (2011) have made available to us a "cultural etymology" of the text as part of the slave culture in the 16th century Southern Italy. The final level of analysis does not focus on the initial text written by Consolo, but rather on the various translations - more precisely, free interpretations - that have been made in the European languages (English, French, German, Spanish and Catalan), in which the novel has been diffused up to now. 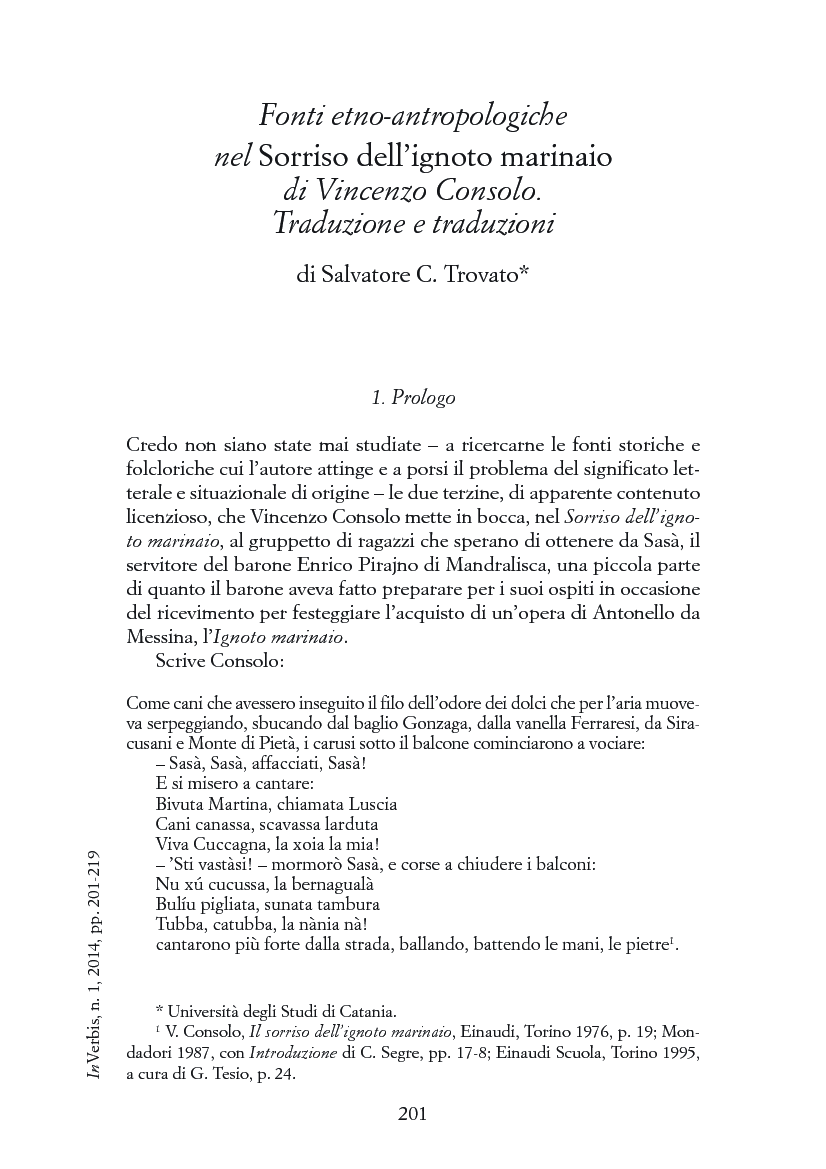