The article focuses on the shifting boundaries of multilingualism in the foreign language translations of Italian fiction. It aims to reflect on the strategies adopted by translators and publishers to convey the linguistic variety that characteristic some texts, along with relevant social and cultural connotations, and metalinguistic considerations. While in contemporary Italy dialects, regional forms of the language, slang, and the mimesis of orality are accepted as elements not excessively marked in the literary text, the same is not true in other cultural contexts. Moreover, in many countries translations tend to standardize the texts both linguistically and stylistically, and especially to remove or normalise traits perceived as sub-standard. An interesting case study is represented by the analysis of Marcello Fois's novel Sempre caro (1998), and its translations into French (1999) and English (2003). Sempre caro has been chosen as an example of contemporary trends in Sardinian fiction written in Italian: geo-centered, rich with linguistic borrowings - from Sardinian, but also from foreign languages - and often ideologically marked by a reinterpretation of the island's 'semi-colonial' condition over the centuries. In translation, the Sardinian-Italian otherness and conflict are maintained on a thematic level; linguistically, there is less multilingualism, but it does not entirely disappear. 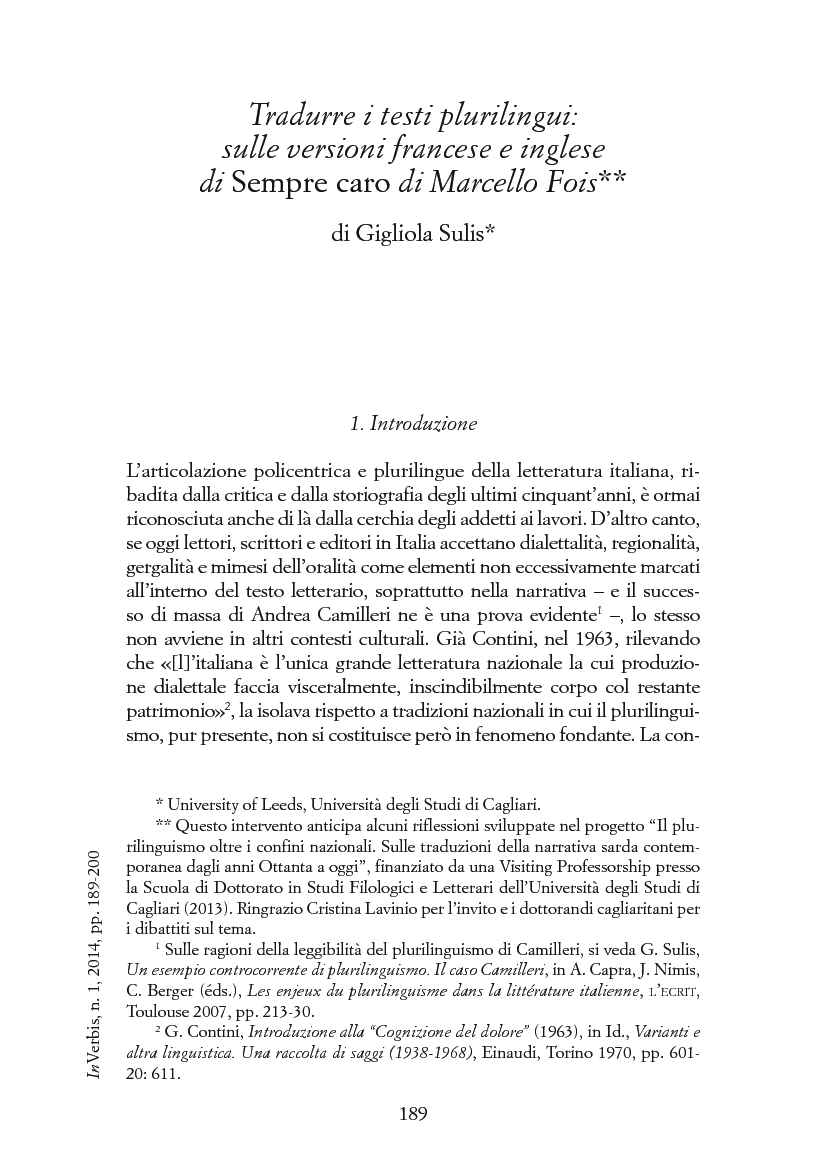