In mid-December 2020, a private cybersecurity firm discovered an unprecedented cyber-hack that had compromised thousands of digital networks all over the world, including those in use by many US government agencies and departments. The article advances an analysis of this case in order to shed light on some crucial issues related to contemporary cybersecurity policies. More in detail, the case study focuses on two key political aspects that have proved to be controversial and fraught with consequences. The first one concerns political mechanisms such as blaming, attribution and retaliation, and their relevance for international norms regulating interstate conflicts. The second aspect relates to the recent emergence of a new cybersecurity paradigm, which is challenging both the economic logics upon which the global diffusion of digital networks was based in the 1990s and 2000s, and the technical logics that in the two previous decades (1970-80) had informed the design principles and the governance system of the early internet. 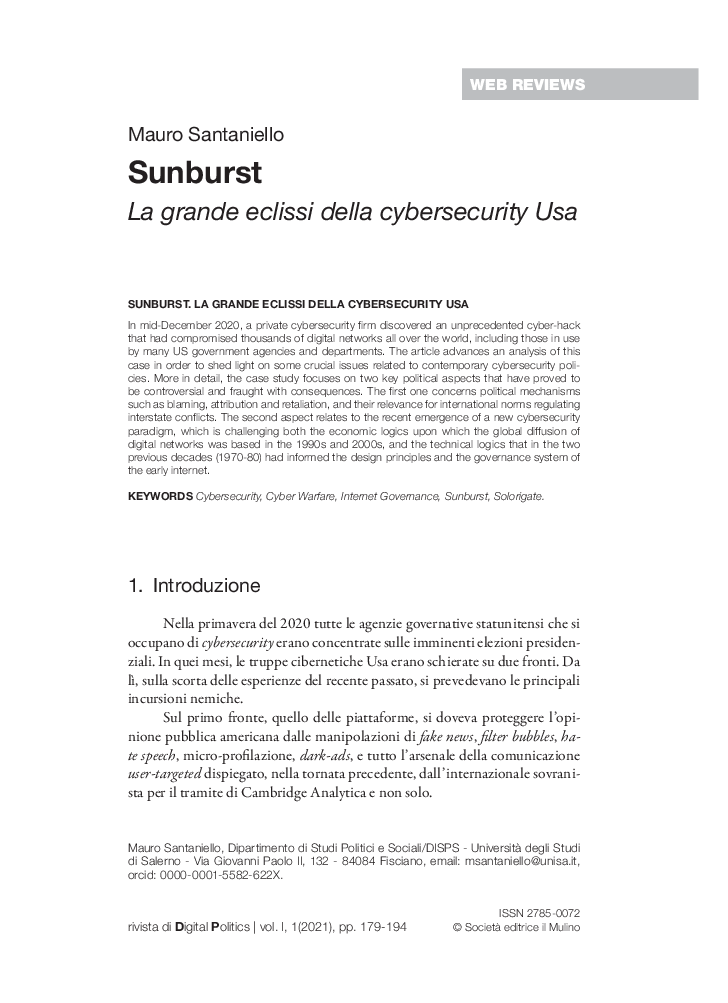