Based on mobilization theories of turnout, during the last two decades an impressive strand of research referred to as «Get Out the Vote» (GOTV) has largely spread in the US and beyond. By means of randomized field experiments, GOTV studies tested the impact of several campaign techniques on individual turnout. While more personal forms of mobilization such as door-todoor canvassing proved to be effective, the analysis of the effectiveness of online mobilization led to inconclusive results. By employing email messages as forms of online mobilization, we provide some empirical evidence coming from the Italian context, where the difficulty in accessing the individual official voting records represented an obstacle to the diffusion of GOTV techniques. The field experiment was carried out in the election of students’ representatives of an Italian university in 2014. Students were randomly split in four groups: three of them received a mobilizing e-mail from the communication office of the university, while the fourth group received no email messages. Each treated group received a message which varied in content, randomly sent either one or five days before the election. Findings show no effect of institutional email messages on turnout, regardless of the content and the timing of delivery. 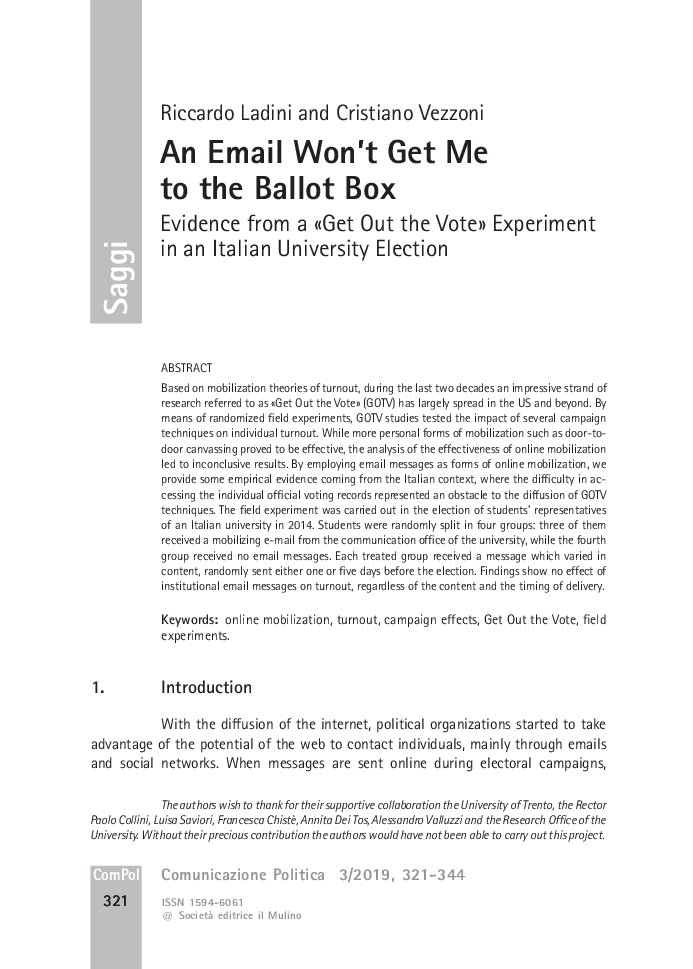