In the last decades, scholars have devoted increasing attention to uncivil discourse due to the pervasiveness of incivility in social media, and to the relevance of this topic because of its consequences in terms of public debate quality. However, the concept of incivility is not shared among scholars who often used incivility and impoliteness interchangeably or alternately, making difficult comparison of results. In the light of this considerations, this study proposes an empirical operationalization of the concept of incivility. The analysis focuses on the uses of different forms of incivility by the principal Italian political leaders on their Facebook pages throughout eight weeks of 2018 electoral campaign (top-down incivility), and their consequences on users' comments (bottom-up incivility). Results show that incivility occurs more often in association with polarized topics, such as the immigration issue. Furthermore, the exposure to uncivil discussion favors the increase of uncivil comments. Both impoliteness and incivility increase bottom-up uncivil discussion, perpetuating «the spectacle of incivility», and facilitating the decline of public sphere. 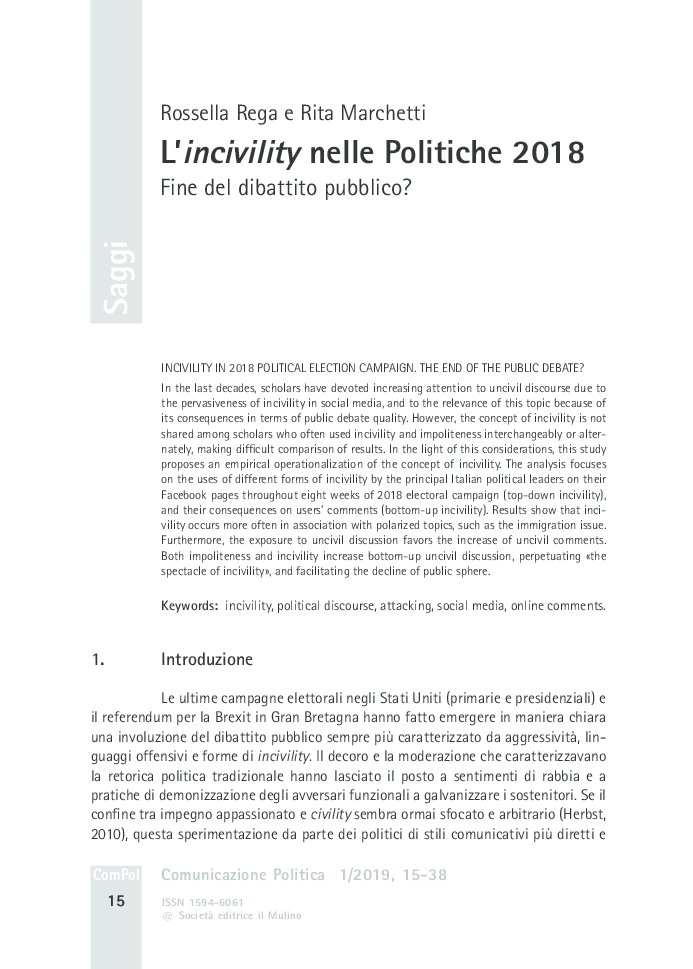