Several researchers have investigated journalists' use of Twitter as a part of everyday routines within traditional journalistic norms. However, in Italy, there is no empirical data on journalists' behavior within the platform. In the Italian context, where a pluralist-polarized model associated with a low level of professionalism prevails, the use of Twitter could be an occasion for political journalists to distinguish themselves from the idea of a high level of political parallelism by revealing how information was obtained, and engaging with the audience. Assuming the framework of normalization thesis, this paper analyses the behavior of 201 Italian political journalists of 28 different news media outlets (newspapers, wire services, TV-news bulletins, only-online media) on Twitter, focusing on the interpretation of the gatekeeping function - through the analysis of retweets and links - and the relationships created within the platform - through the analysis of the interactions (@replies and @mentions) and the followings. The analysis of data confirms that the normalization thesis is applicable, even in Italy, with more radical characteristics in respect to the Anglo Saxon context, contradicting data that emerged from the most recent studies that, to the contrary, proposed a partial revision. 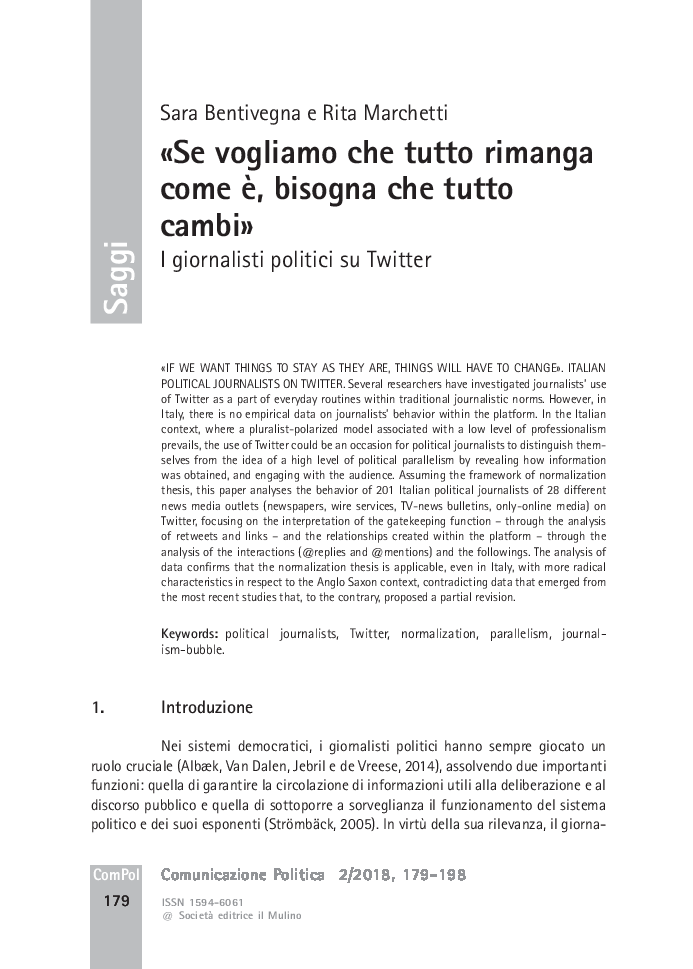