In recent decades primary elections have become popular and widely used in Europe. In this general context, France and Italy are interesting cases because they are the only two countries where political parties decided to adopt «open primaries» ensuring the maximum level of inclusiveness. Thus, a comparison of the Italian and French cases appears relevant, also given the success of their experiences and the political debate they seem to have generated about the adoption of this type of elections, both in parties initially against their adoption and in other political parties across Europe. So far little attention has been devoted to the comparison of primaries between the two countries, while major studies have indeed addressed the issue from a national perspective. Moreover, the impact on public debate is still entirely missing in the current studies on primary elections in Europe. This article aims to fill this gap by clarifying what meaning the parties attach to their primaries and how the main national newspapers cover this particular type of election. Moreover, the research aims to investigate the public image of parties and candidates and how primary elections can contribute to their features. The results show that primaries, though designed for other purposes, may be important communication tools, for parties and (especially) candidates. 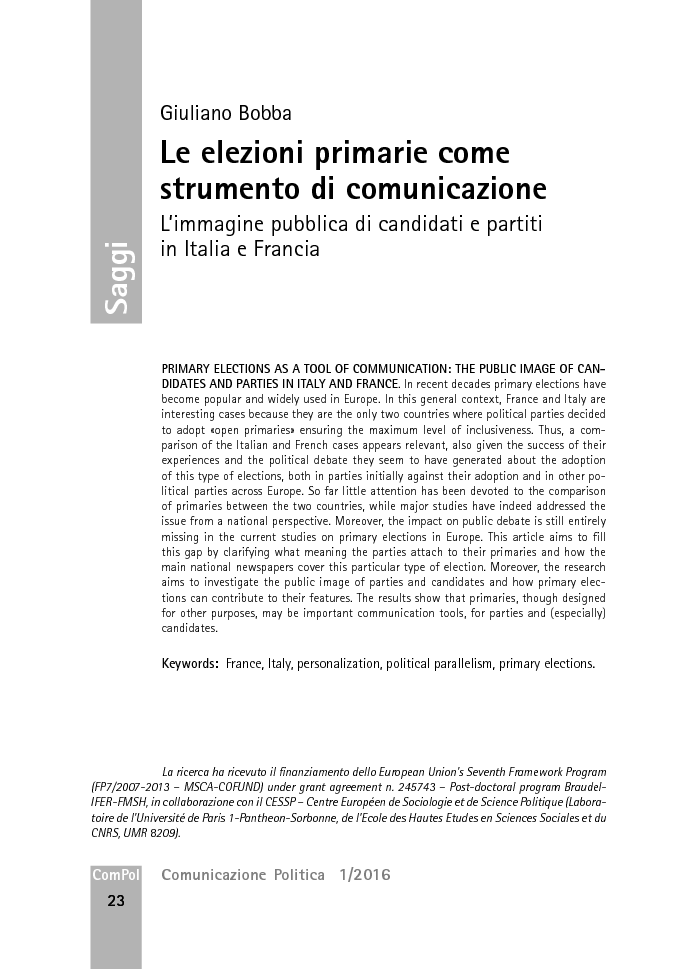