In the increasingly diversified environment of political communication, leaders' popularity may rest not only on the voters' main sources of political information, but also on the degree of congruence between leader and media communication styles and requirements. Using ITANES Rolling Cross Section (RCS) CAWI survey, conducted on a sample of 8.700 Italian voters throughout the forty days preceding the 2013 election, we have analyzed Silvio Berlusconi ("People of Freedom" party), Pierluigi Bersani (Democratic Party), Mario Monti (Center Coalition), and Beppe Grillo's (Five Star Movement) popularity dynamics, with particular regard to the relationships between voters' leader evaluations and their patterns of media exposure. Our results show persisting patterns of media partisanship and ideological polarization in Italy, especially regarding Mediaset TV channels and left-wing newspapers. Voters using the Internet as a main source of political information appear to be their party's leader strongest supporters, whereas high levels of Internet activism are associated with more interest in politics and, hence, generally higher leader approval ratings. Despite being relatively politicized, those receiving campaign-related information even via Facebook are, on the contrary, more negative towards all political leaders. Finally, regular viewers of TV entertainment shows continue to present clear pro-Berlusconi attitudes. In conclusion, we argue that political preferences are clearly structured along lines of media exposure, but their dynamics over the election campaign are quite homogeneous across the different media. A final focus on the case of Beppe Grillo provides further evidence of the "hybrid" and interconnected nature of contemporary media systems, whereby a political actor can be successful even in those arenas where he/she plays no direct role (i.e. Grillo on TV). 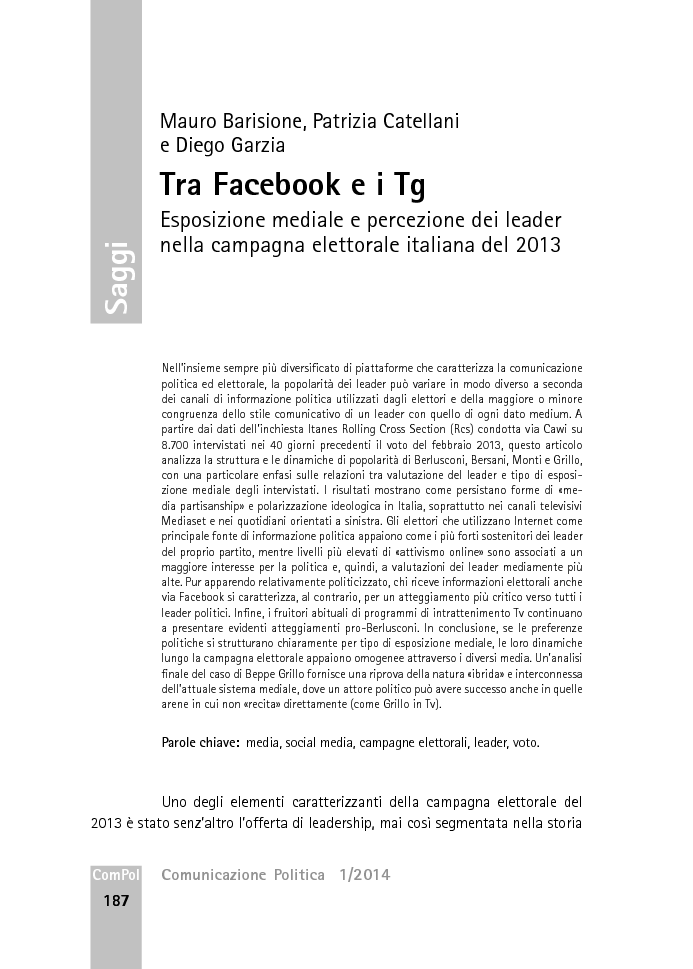