Starting from some considerations on the growing importance of campaigning, advocacy and lobbying activities promoted by NGOs and nonprofit organizations, the essay analyses some of them during the 2013 Italian political elections. After a presentation of the main political initiatives promoted by nonprofit organizations between November 2012 and February 2013, the analysis will focus on three case studies of particular relevance: the campaign "Io non vi voto" launched by Greenpeace , "Riparte il futuro" sponsored by Libera and Gruppo Abele and "Ricordati che devi rispondere" promoted by Amnesty International. The study will proceed to an analysis of their impact on the political agenda, the agenda of the media and the citizens' agenda, observing both the coverage of each campaign and the relevance of macro-issues - environment, corruption, civil rights - related to them. It will then appear how a success in terms of participation by citizens will not necessarily be followed by a corresponding capacity of nonprofit organizations to impose social issues on the political agenda and in the media, with the risk of creating campaigns that strengthen community relationships but do not influence enough decision-making processes and public opinion. 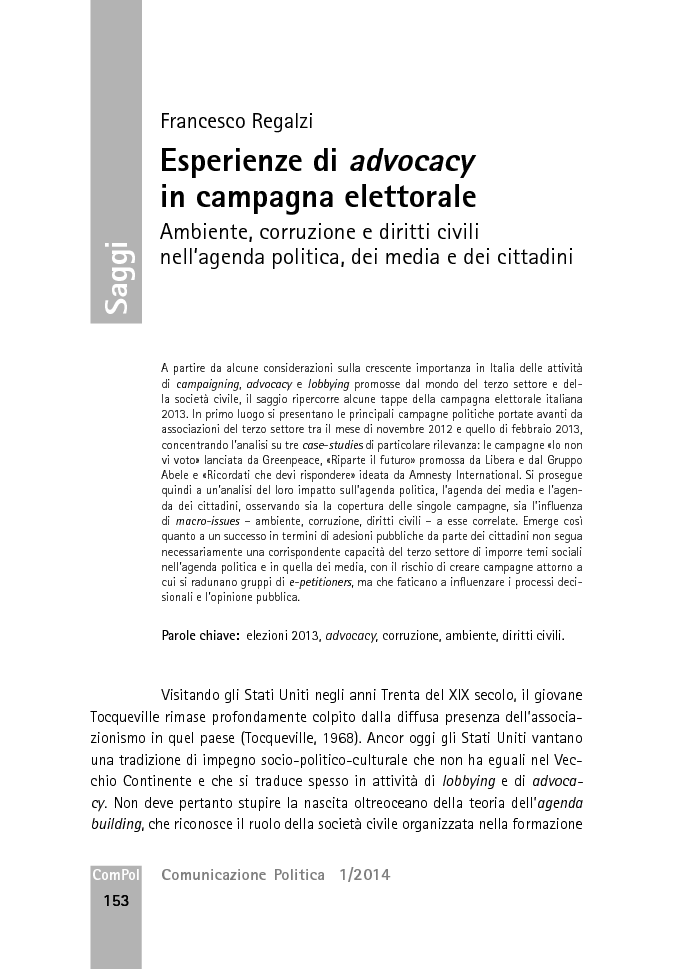