The 2013 parliamentary election in Italy decreed the success of Twitter as a platform for public discussion. Although central, Twitter is just one of the environments in which the processes of fragmentation and integration characterizing the current media ecosystem take place. However, in this ecosystem, television continues to play a central role in the narrative of political discourse. This is what stems from the analysis of the discursive interactions on Twitter in the week from February 4th to 10th around the hashtags of political Tv programs which hosted the leaders of the coalitions in the electoral competition. Overall, the data collected about the experiences of social tv have confirmed that also in our country there is a process of medial hybridization that redefines different media environments (television, Twitter and press) and makes interaction among different groups of actors (citizens, journalists and politicians) in the construction of public debate. There is a new circularity among various media that outlines a new model of public debate which arises on TV, passes through Twitter and influences news coverage of the next day. Albeit in ways that are different than in the past, it is still television which drives the Italian public debate. 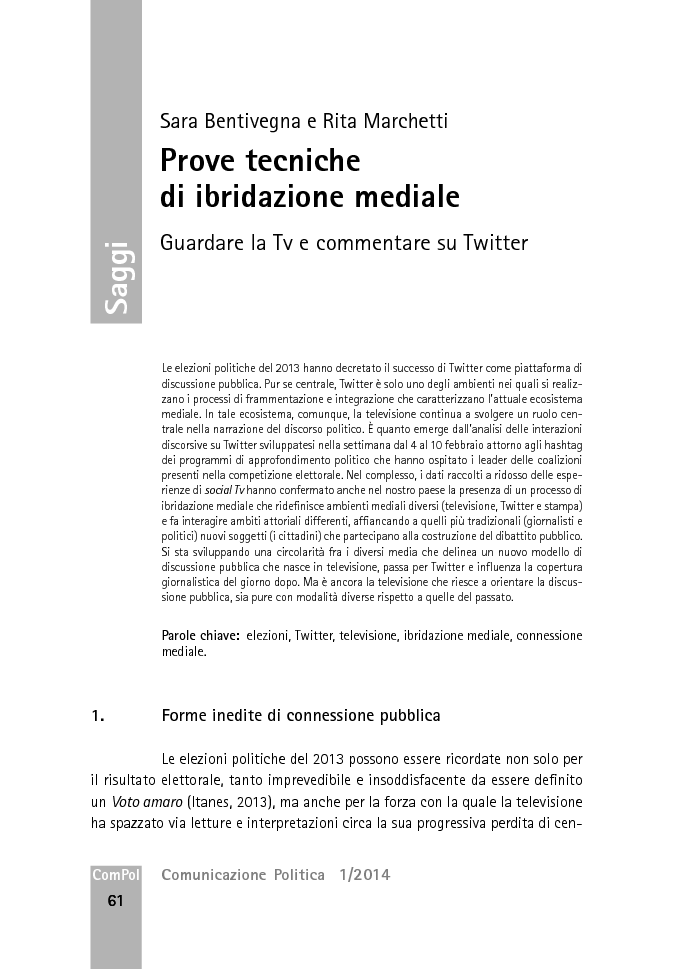