The article presents the results of a qualitative survey on the use of Twitter by the Italian political celebrities from the beginning of June to the end of August 2012. The survey has been conducted by using the methodology of «semiotic participant observation », which is a combination of the classical qualitative research paradigm with some guiding semiotic concepts and theories. The following behaviour tendencies (two relationships and five styles) have emerged from observation: (1) the one-to-many relationship, which includes (1a) the «look-at-what-I've-been-doing» style, and (1b) the «aphoristic» style; (2) the one-to-one relationship, which comprises (2a) the «livingroom- conversation» style, (2b) the «entering-the-fray» style, and (2c) the «answeringwith- composure» style. 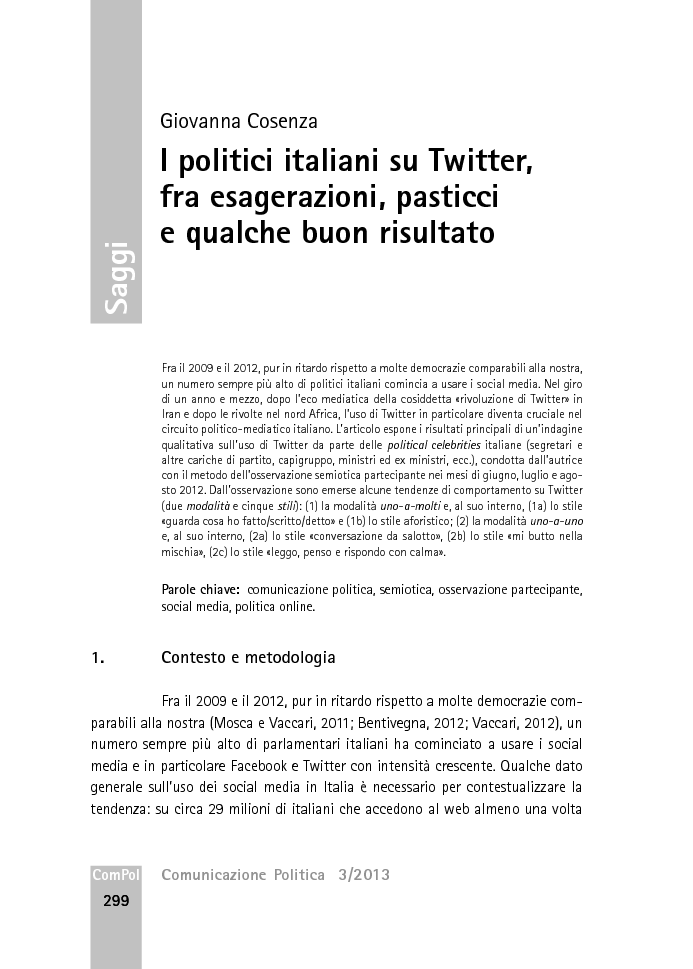