The author attempts to interpret the transformations of Italian politics through the words of some powerful leaders. Making reference to two famous sentences by one of the most powerful Christian Democratic politicians, Aldo Moro, the author aims at highlighting his awareness of the end of that party's political hegemony and its vulnerability to the counterpower of the judicial system. Resorting to the words uttered by the head of government Berlusconi, the author shows how national sovereignty has suffered an erosion, not desired and not liked, by the European Union. Finally, a sentence by the head of the Senate parliamentary group of the Freedom's People is taken to signal how the issue of accountability has emerged and how society, even though as an alibi, has made its appearance. Taken together these sentences indicate that politics, at least Italian national politics, no longer occupies a commanding position. 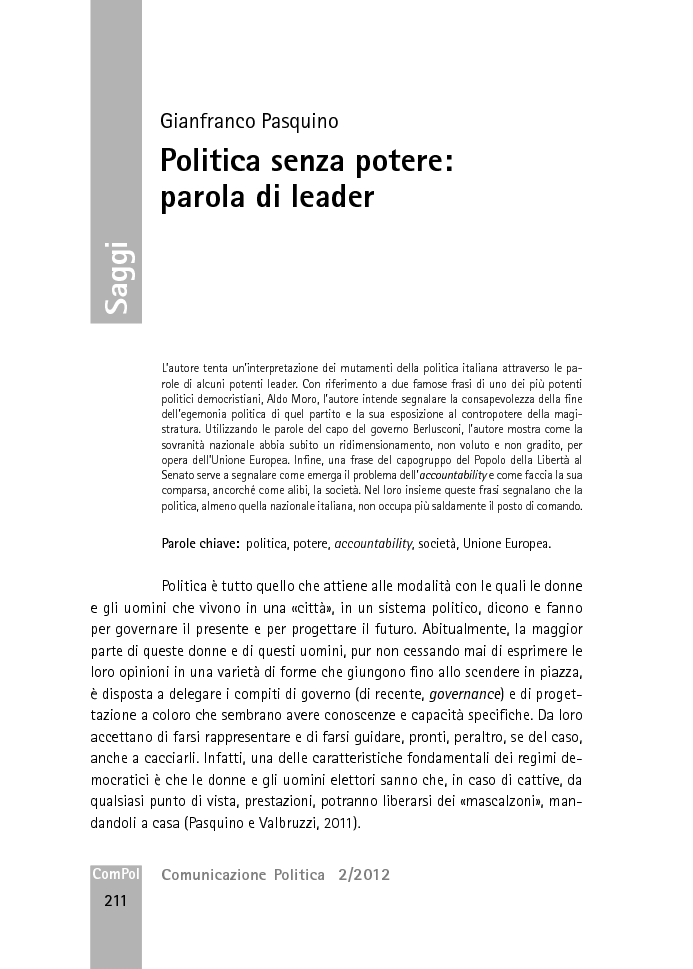