This short film review gives a hint into how the domestic film production has sketched the nation's image, contributed to define the national identity, and marked the way Italians recognize themselves in a history and in a culture. This image is shaped by several tensions and conflicting interests, often reduced to a mask or to a sheer cliché, however capable to form a shared encyclopedia, a familiar cultural heritage, even if solely a common imagery. The analysis moves from representations of the national history - in which one sees a clear pedagogical and even propagandistic intentionality - and of minor Italian hi(stories) - in which it is possible to weigh the cinema's role in the construction of a sense of belonging to a nation-wide community. 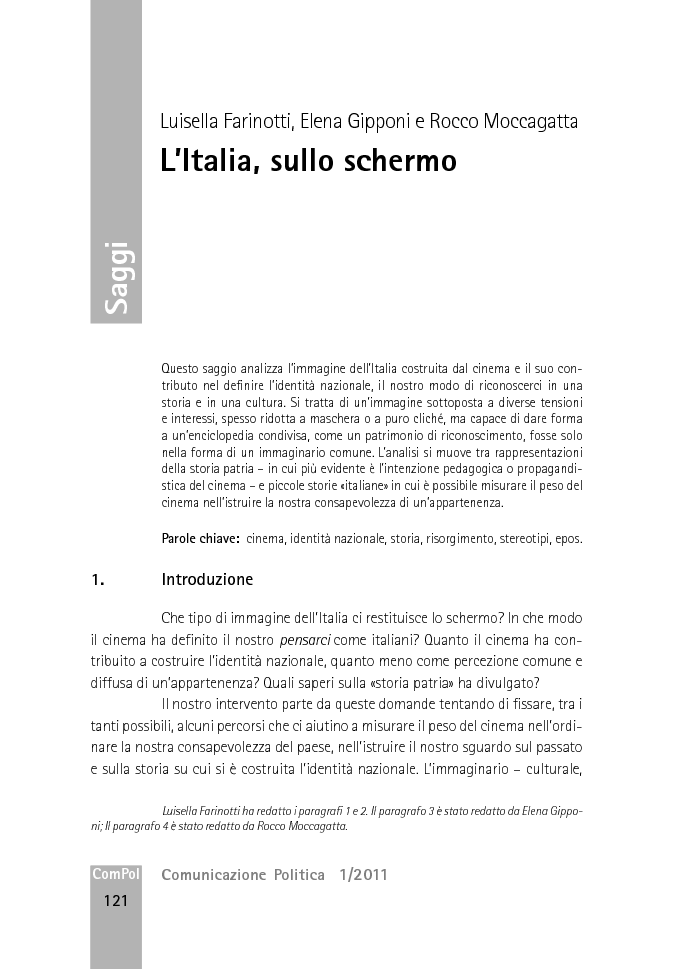