This article develops an analysis of the Live 8 concerts, organized to anticipate the G8 Summit of 2005 in Gleneagles, Scotland. The aim was to persuade the leaders of the wealthiest countries to drop the debt of the poorest countries, to increase aids and to negotiate better trade conditions for the products of the developing countries. The concerts took place on the 2nd of July 2005, almost at the same time, in London, Paris, Berlin, Rome, Philadelphia, Toronto, Tokyo, Johannesburg and Moscow. They can be considered an interesting example of "soft news event" and represent the most recent and most extraordinary case of "socially advantageous" use of a mega event: by means of the universal and "catchy" language of music, Live 8 turned out to be a pivotal element of a complex political and mediatic campaign. 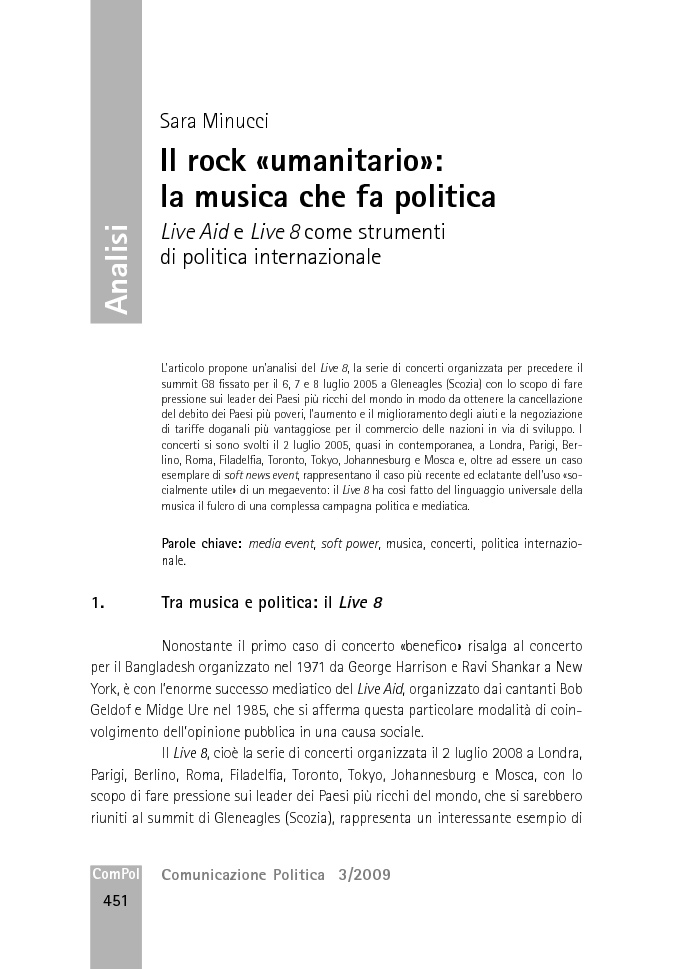