The relationship between human subject and space is of paramount interest to both aesthetics and geography, even though the two disciplines rarely cross their paths. This paper aims to foster a dialogue between them by showing how recent developments in both fields imply a non-deterministic relationship between space and subjectivity, modeled on the notion of improvisation. In the first part of the paper, I will deal with the so-called non-representational geographies of the last two decades, which use performative arts to understand how space and human beings are always co-implicated and deeply intertwined. In the second paragraph, I will deal with some of the most recent research in aesthetics about performative arts and improvisation. I will show that performative arts include a peculiar dialectic of normativity and improvisation which has an impact on our understanding of action in general. Improvisation also allows for the inherently spatial conditions of action to emerge. Thanks to the dialectic of normativity and improvisation, places result as both relatively stable and open to unforeseeable variation and change. In the third paragraph I will make the point that the tension between stability and change includes also asymmetries and conflict, as well shown by authors such as Michel de Certeau. The process through which the stability of place is challenged might be demanding and even painful. When dealing with spatial improvisation and its socio-political consequences, the dialectic of norm and improvisation shows a tragic side which sheds light on the complex and somehow ambiguous character of our relation to space 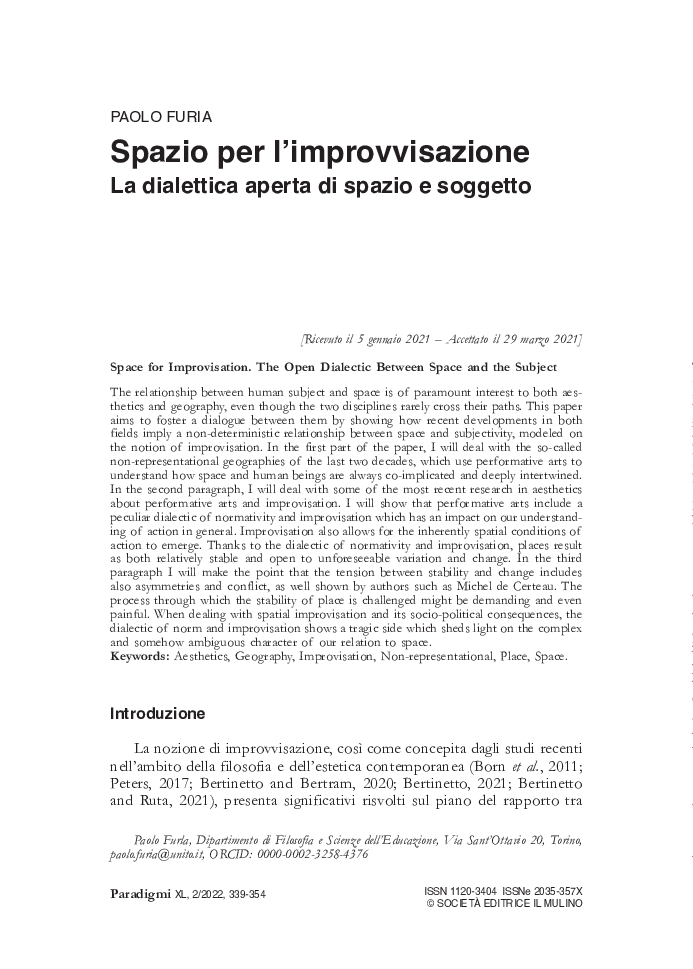