To what kind of knowledge does bodily self-awareness amount? Is bodily self-awareness representational, perceptual or a form of pre-reflective self-consciousness? Can we attribute intentional value to it? The paper answers these questions by showing that, despite its vagueness and the difficulty of defining it, body experience does refer to a genuine ontological layer which is irreducible to objective body; this layer is rather to be associated to the phenomenological notion of subjective body, which is the body as experienced by its bearer. Body ownership has not to be understood as a repertoire of miscellaneous facts about the phenomenology of mineness but is a structured way of perceiving the body as the one’s own from a first-person perspective and in a way of access immune to error through misidentification. As for the question about what makes up a positive phenomenology of bodily self-awareness, I shall try to give an account of it based on the conceptual tools provided by Husserl’s analysis of lived body and Brentano’s theory of double intentional reference 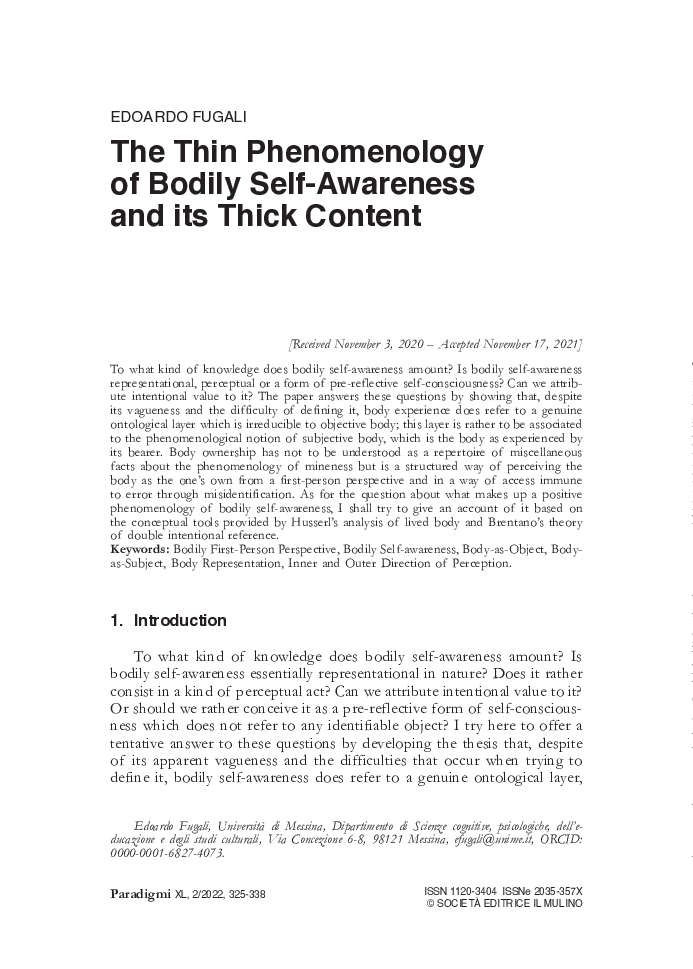