In this article, I present a preliminary investigation on the cinematic interpretation of multilingual urban space in contemporary Italy. More specifically, I focus on the representation of the relationship between sociolinguistic reality, social space and marginalization in four films which cover almost 20 years of Italian cinema and which deal with the current migration situation: Zora la vampira (Manetti Bros., 2000); Cover boy. L’ultima rivoluzione (C. Amoroso,2007); Alì ha gli occhi azzurri (C. Giovannesi, 2012) and Bangla (P. Bhuiyan, 2019). I will try to reflect on the strategies the directors of these films use to describe migration and the conflict of the second generation of immigrants and on how they represent their identities and their bodies in connection with the role of language varieties in urban spatiality 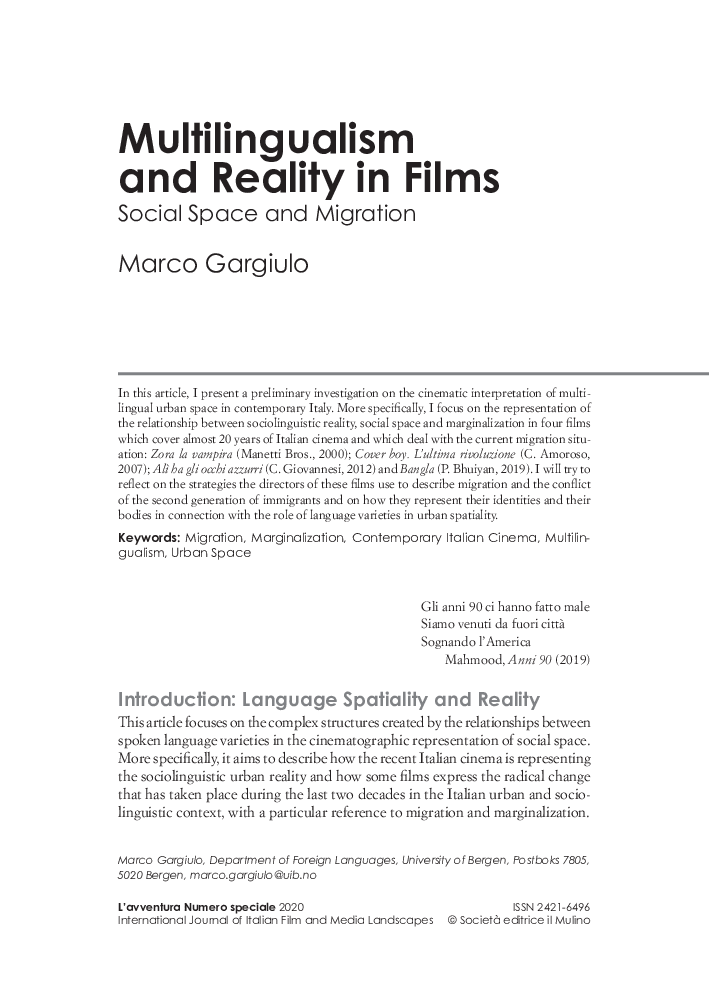