When trying to draw a cartography of the vast and multifaceted territory in which Stefania Sandrelli's personal acting style unfolds, one figure appears to recur: the body as excess. From the beginning of her career, from her fifteenth birthday in 1961 and the infamous cover page of the periodical "Le ore" that saw her as a malicious «good girl» with her tartan skirt, blue v-neck sweater and bright lipstick, the actress' star persona has been characterized by an appearance that exceeded the canon and the common moral: too young, too sexy, too free. This image went on to mark the decades to come, both in the roles she would play and in the public image for which she would be recognized, turning Sandrelli into the icon of overwhelming sexuality, sometimes almost pitiless, at others more reassuring and even maternal, in a kaleidoscope of acting performances that merge with complex and multifaceted personal experience (or rather, its public glare). This study therefore aims to trace a first map of the signs of excess in Sandrelli's acting performances, through a reconstruction of her star image in several key moments of an actress' story - one built of plural threads and many women figures as an often unpredictable and powerful «personagge». 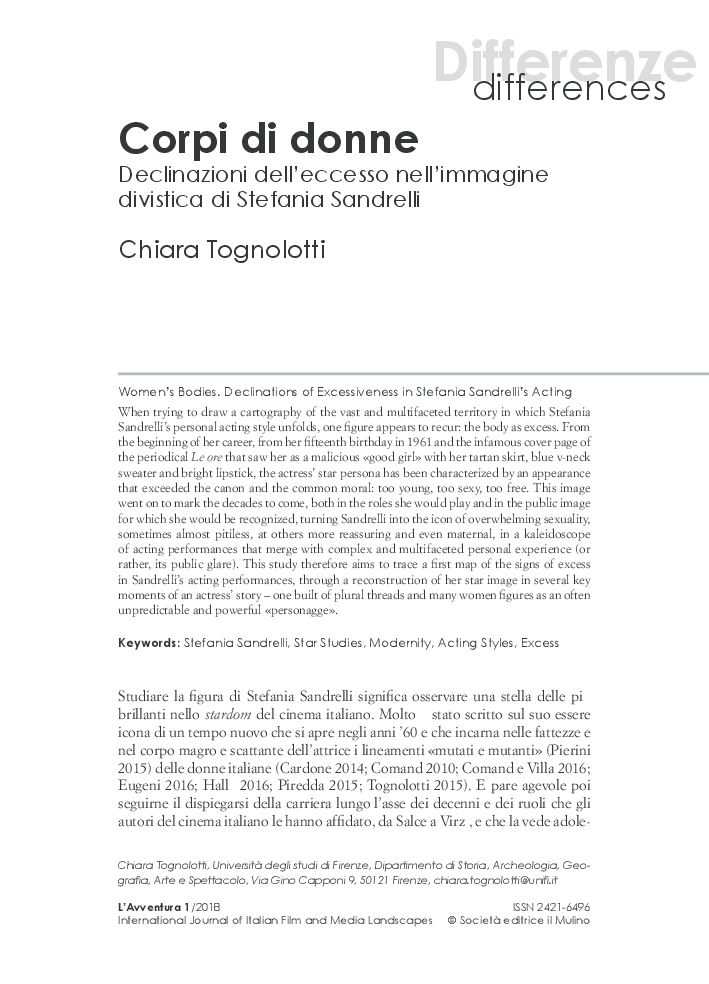