The long farewell to the macho rhetoric celebrated by Fascism was accomplished in popular cinema during the fifties and sixties. In fact, these two decades narrate a troubled phase of disconnection from symbolic systems that were deeply rooted in Italian culture. At the same time, they explore original forms of male and female genders, which reflect historical and ideological possibilities. The essay considers the masculinization of female characteristics in the fifties and the feminization of male characteristics in the sixties, using the point of view of gender and genre, by analyzing specific genres (comedy, "pink" neorealism, melodrama, "commedia all'italiana", peplum, spaghetti-western), individual movies ("Due soldi di speranza", 1952, by R. Castellani, "La donna del fiume", 1954, by M. Soldati), and male and female stars (Lollobrigida, Loren, Sordi, Tognazzi, Manfredi, Gassman and Mastroianni). The study highlights how the passage was not sudden, but rather a troubled process of stops and starts that included steps forward as well as the relapse of past figures; new relationships and the formal awakenings of ancient connections; and most of all mixed and hybrid shapes whose existence recount a progressive agreement between new desires and old powers. 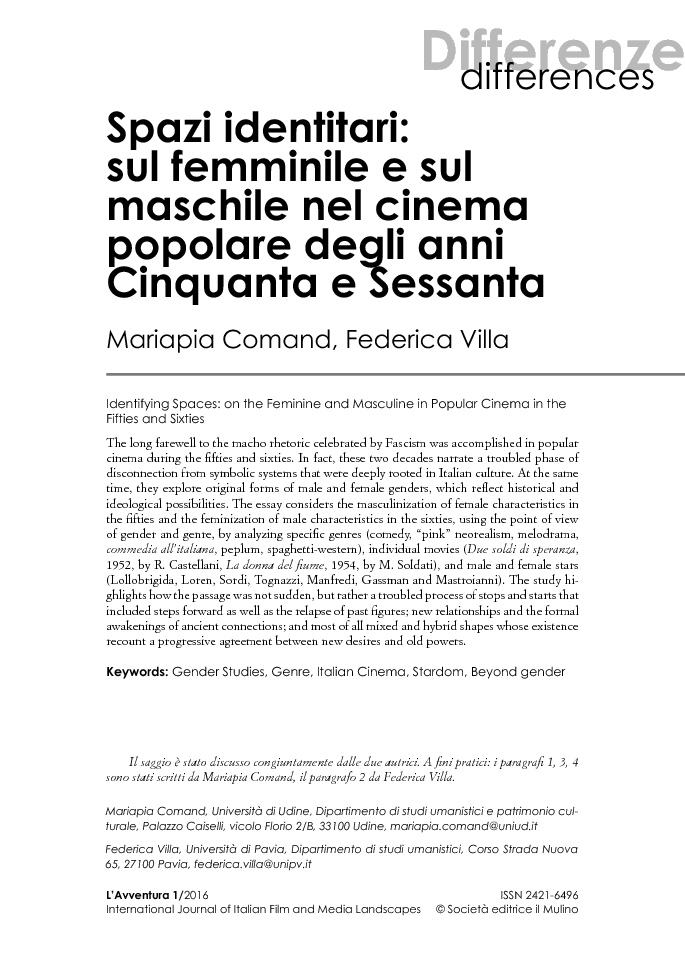