In 1952, actress Anna Magnani’s marriage was annulled by the court of the Republic of San Marino, on the basis of impotentia coeundi, which meant she was diagnosed with hysterical impotence. Anna Magnani’s postwar star persona was firmly associated with the neorealist iconography of the popolana and the heroic mother of the Resistance. However, San Marino court papers present a different off-screen performance: that of the hysteric, drawing on melodramatic excess. Based on the cited archival papers, my article reconstructs the circumstances of the marriage annulment by Magnani and Alessandrini, contextualizing it within the history of Italian stardom, and exploring the link between performance, hysteria, and female sexuality in Italy of the 1950s. My aim is to question whether and how Anna Magnani’s stardom – constructed on characters of neorealist authenticity from the post-war period onwards and often read through verbal and iconic codes that emphasized her spontaneity and instinctiveness – influenced the alleged motivations supporting this annulment case, while considering the strong performative, theatrical and melodramatic component underlying the historical representations of female hysteria 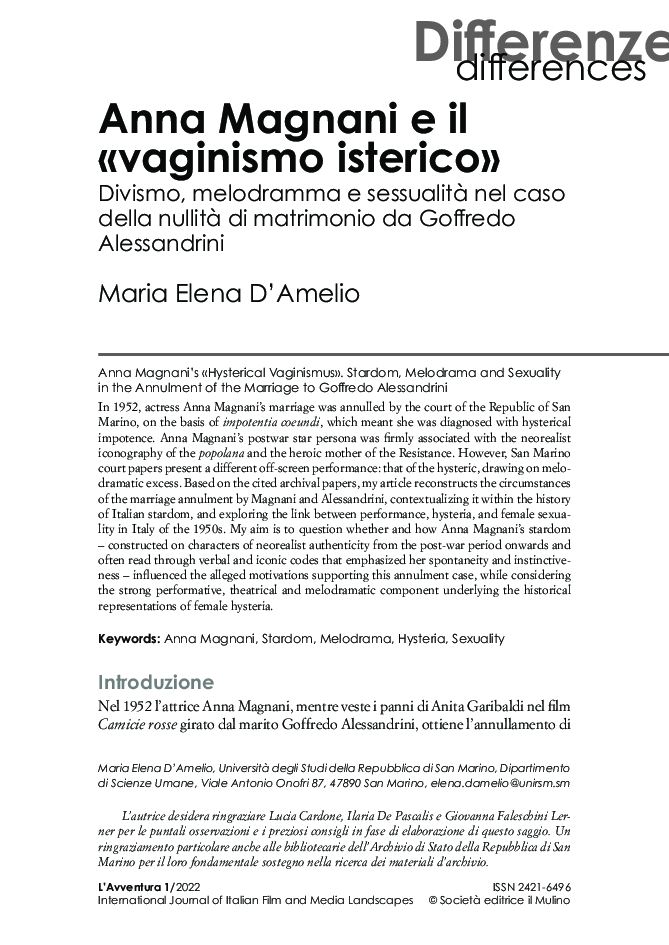