The article studies a moment of transition in Italian film culture: the year 1956. In that year, both the number of cinemas and audience attendance stopped increasing. By analysing laws, parliamentary debates, court rulings, trade magazines and newspapers, the paper investigates the central issues that prompted a new cinema law. As poor production was considered responsible for the crisis in cinema, quality became the principle from which new policies were derived. For the exhibition sector, this meant the stricter regulation of cinema licenses and support for rural, occasional and youth theatres. 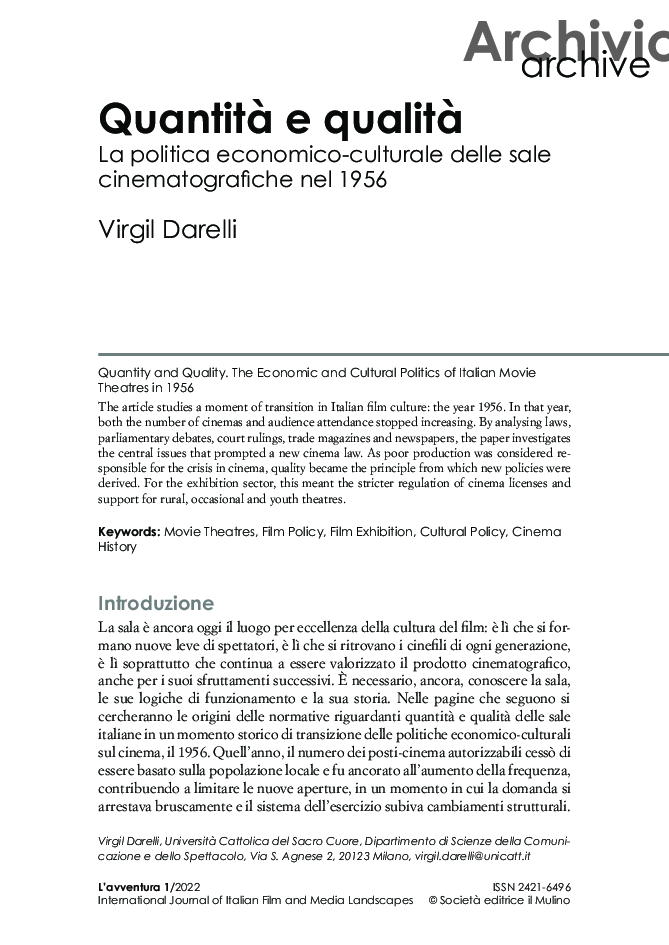