The essay reconstructs the figure and the work of Bruno Stefani (1901-1976) through unpublished archival materials and the analysis of various publications from the 1930s, focusing in particular on his work in the 1930s, which is taken as paradigm of modernist culture in Italy. In those years Stefani, after a very conventional apprenticeship that lasted though the entire 1920s, arrived in Milan and encountered circles of photographic modernism that gathered around some key magazines (Rivista illustrata del Popolo d’Italia, Natura, Le vie d’Italia), as well as a handful of figures who were destined to spread a decisive influence on the figurative culture of the following decades, such as Antonio Boggeri. 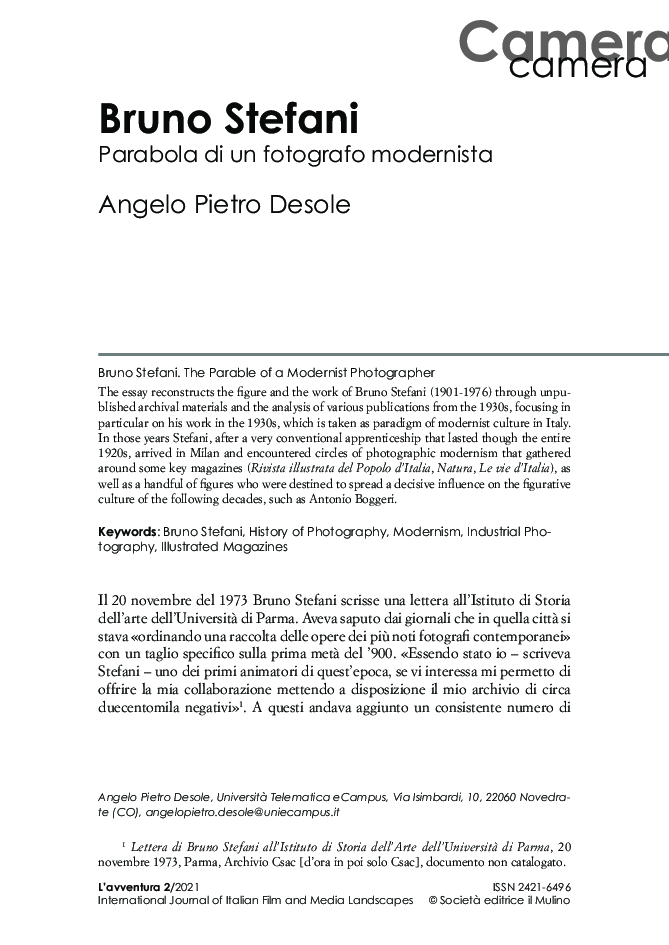