This article argues that Turco’s C’era una volta la città dei matti is an example of empathic cinema that applies the Basaglian doctrine. Along with Zavoli’s I giardini di Abele and Agosti, Bellocchio, Petraglia and Rulli’s Matti da slegare, this television film presents on the screen not only the work of Franco Basaglia, but also the stories of his patients. By adopting a historical approach, this paper compares Turco’s work to the aforementioned docufilms. Furthermore, it focuses on how Turco educates today’s viewer to nurture their empathy by making them experience the dehumanization of mentally ill people before the revolution caused by the democratic psychiatry movement. 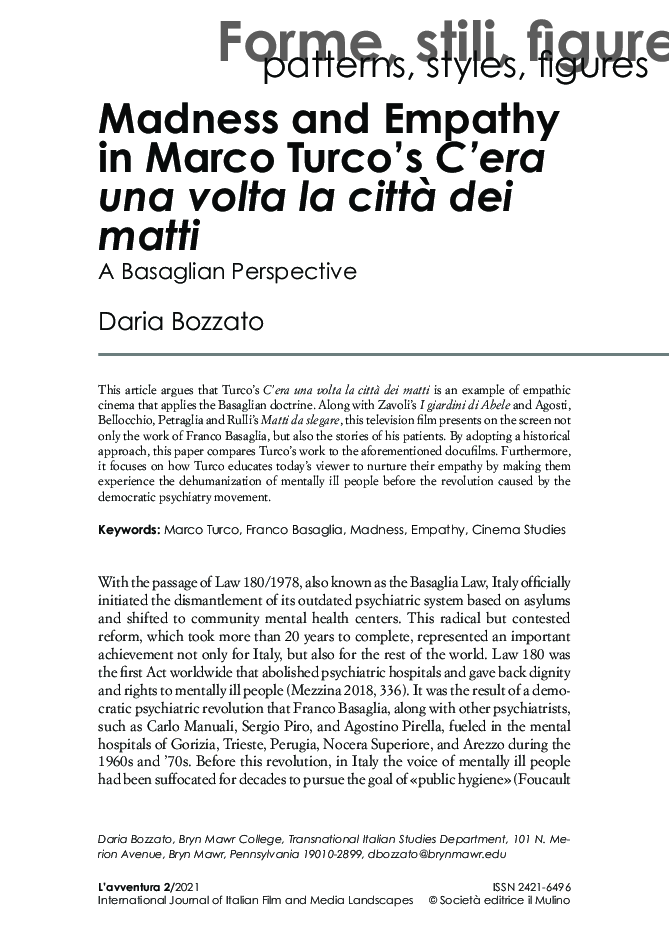