The present contribution intends to reconstruct the work of Guido Gonella in the years in which he was minister of Public Education (1946-1951), immediately after the Second World War. Through a wide range of archive and press sources, without neglecting the rich publicity of the time, the author reconstructs punctually the minister's attempt to carry out a work of complete reform of the national training system, in particular through the work of the Commission national inquiry for the reform of the school (1947-1949) and the laborious and complex drafting of the bill «General norms on education n. 2100» (1949-1951) that, despite the approval of the Council of Ministers (June 28, 1951), did not, however, the «honor» of the parliamentary debate. 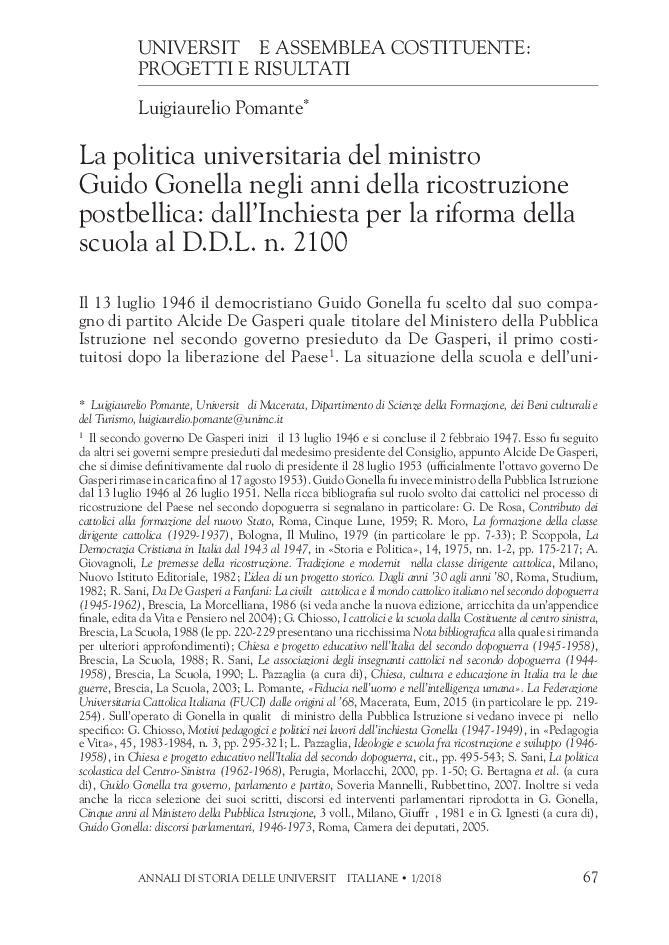