The paper provides a brief outline of the structure of the organizations established by the Allies during the Italian Campaign in order to control the occupied territory (Allied Military Government and Allied Control Commission), to then focus the analysis on the Education Subcommission. The Subcommission's brief was to rebuild the educational system in Italy, purge schools and universities of fascists, rewrite textbooks and school programmes and reorganize the entire system on a democratic basis. In Italy's 31 universities, the Subcommission removed 176 tenured professors and appointed new rectors, Faculty deans and heads of boards. However, the drive towards renovation promoted by the Allies was short-lived, at least in the education sector: the purge proved to be a «joke», and within three years virtually all professors accused of fascism had returned to their posts, and often in positions of power. 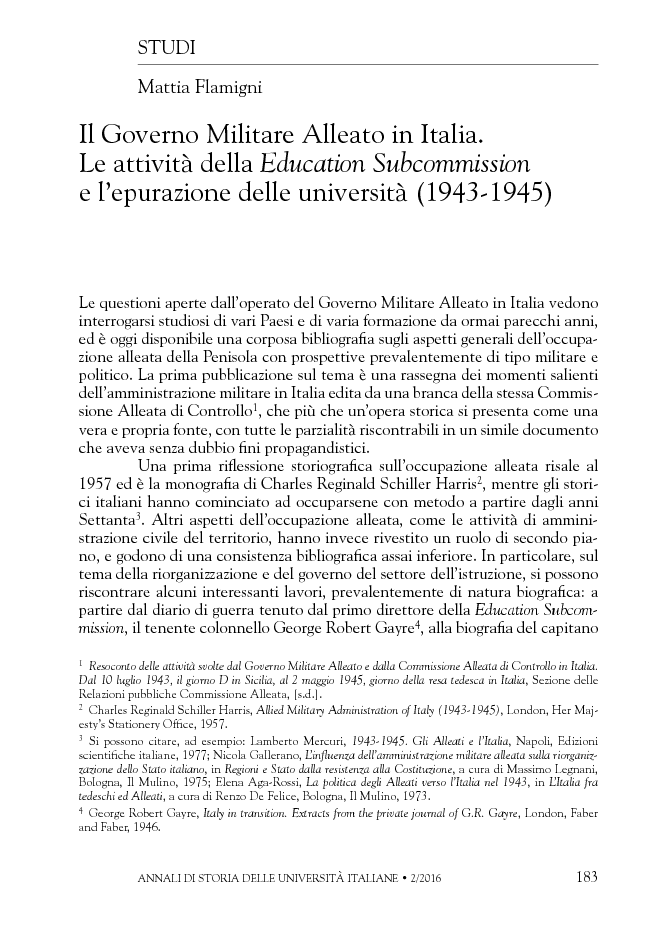