In Germany, the Hartz IV reform, one of a series of business-friendly labor-market reforms which entered into force at the beginning of the millennium, significantly toughened the conditions under which people can claim welfare and unemployment benefits. The State's intent to push unemployed into work - even if poorly paid - is inter alia pursued by the partial or full cancellation of the granted benefits, in case the recipients fail to fulfill the required duties. The situation in Austria is not really different: also in the Austrian system people who are granted benefits such as unemployment assistance (Notstandshilfe) and guaranteed minimum resources (Mindestsicherung) have to be willing to perform «reasonable» work and sanctions are imposed on them if they do not comply with the related requirements. While mainstream politicians attribute Germany's economic success to a considerable extent to the reforms, for the critics Hartz IV is nothing more than a pro-capitalist, neoliberal instrument tailored for the interests of corporations. 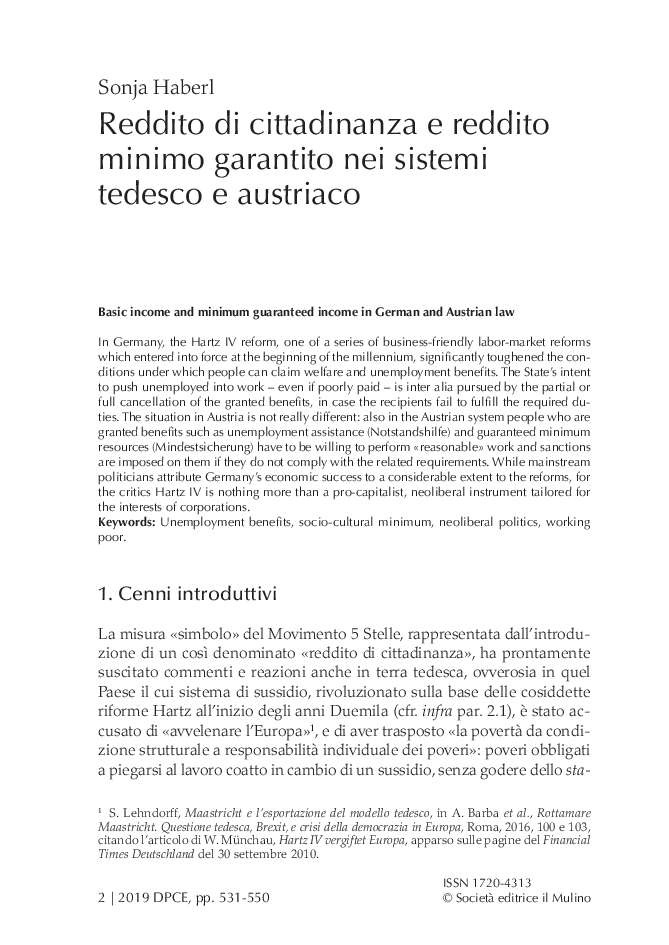