After years of recession, European public administrations have been forced to review existing instruments to combat growing poverty, increase social inclusion and encourage the employment rate. In France, the revenu de solidarité active, which consists of a periodically revised monthly allowance, aims to integrate the incomes of families with limited economic resources, guaranteeing a minimum income that raises even if the work activity is increased and have a professional social support measure aimed at facilitating permanent reintegration into the labor market. In particular, the revenu de solidarité active is characterized by making work, even part-time, financially more advantageous than assistance. In 2016 the prime d'activité came into effect, which extended the allowance to young people, increased the amount and provided for an additional individual bonus. 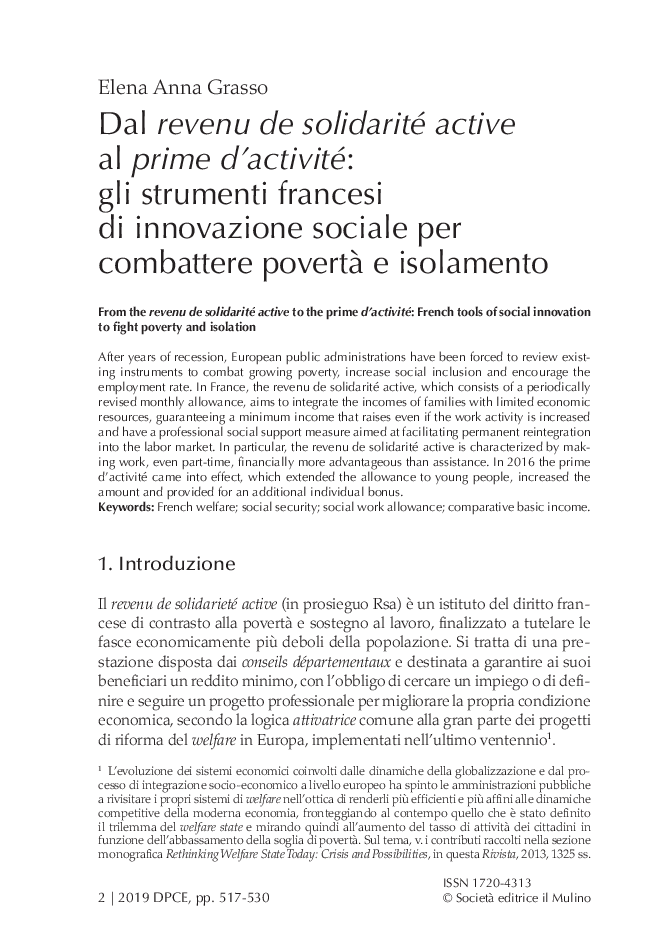