The essay examines the main features of the legislative provision that introduced citizenship income in 2016 in Poland. In reality it is a tool aimed at integrating income, moreover in a highly selective manner, since it can only benefit families with spouses who are regularly married and who also have more than one minor child. The declared purpose of the citizenship income in the Polish version, better definable as a family income of dignity, is the increase in the birth rate. The purpose seems to have been quickly, albeit provisionally, reached, according to data released by the Minister for the family, work and social policies. Many criticisms can be made of the provision on citizenship income, in Poland as in other legal and political contexts, but we must take into account the peculiarities of national traditions of both religious, political, legal and social character. The Polish solution also seems to have some success in Eastern Europe, as shown in particular by the recent Lithuanian discipline of 2018 concerning income support for families with children. 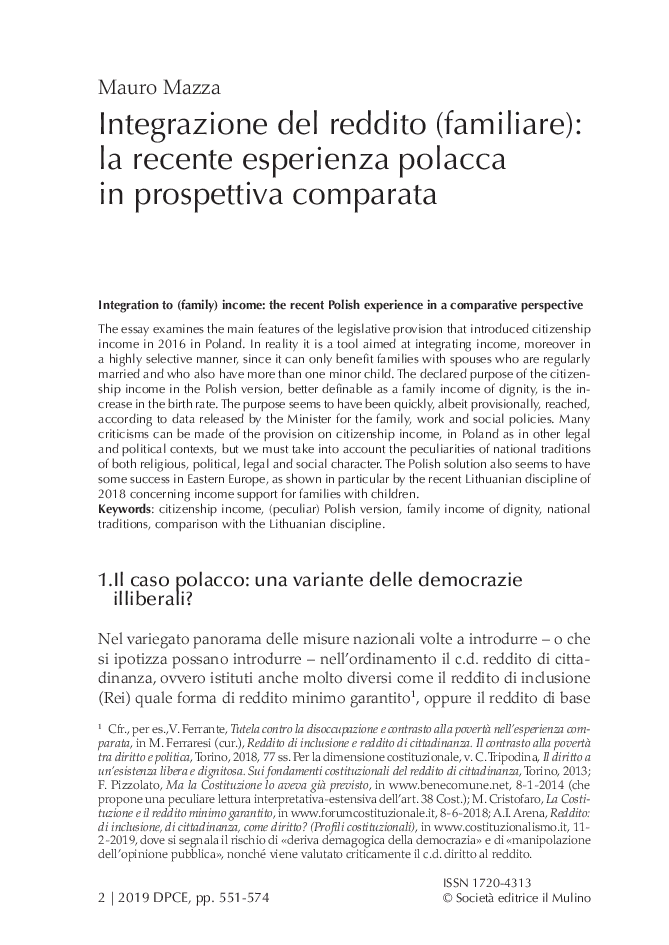